Venezia vs Genoa: Fueled by the last win, the guests will earn points 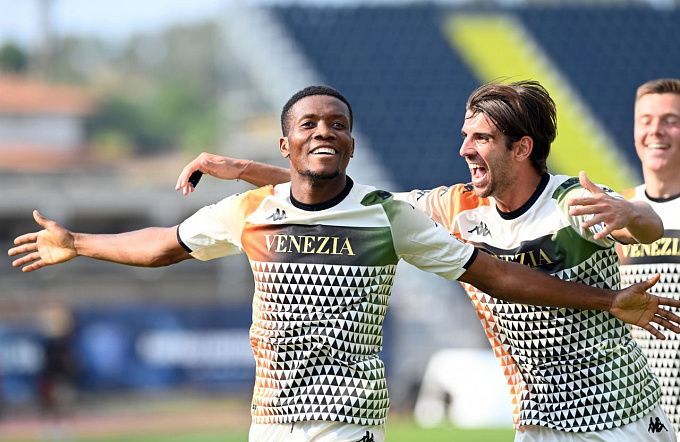 Venezia will take on Genoa in round 26 of Serie A. Who will be stronger? Let's break down the form of the teams and see what's best to bet on. There are several options for you to consider!

The last round saw Venezia interrupt the seven-match winless streak of two draws and five defeats. The modest newcomer to Serie A managed to sensationally defeat a tough Torino 2-1 in a very dramatic encounter. The Turin side scored in the very end, but the goal was canceled out to the delight of the Venezia fans. Thanks to this victory, the team made it out of the relegation zone – now they are placed 17th with 21 points.

Genoa continues a long streak without wins in Serie A. The last (and only) time the Griffin celebrated victory was 22 rounds ago, back in September 2021! The result, of course, is terrible. The last three rounds witnessed Genoa manage not to lose: 0-0 with Udinese and Roma and 1-1 with Salernitana. Of course, Genoa is in the relegation zone. But it is not in the last place – they are second to last with 15 points, ahead of Salernitana by two points (but Salernitana has a couple of matches in reserve).

Genoa is terrible and hasn't won 22 rounds in a row! Venezia is not that bad, and the victory over Torino in the last round has surely given them a lot of confidence in their abilities. We think that the home team will be able to defeat the visitors fueled by that. To be on the safe side, we'd take Venezia's double chance and Total Under. We should not expect a goal extravaganza here.