Verona vs Atalanta: Bergamasca is too exhausted after the Champions League 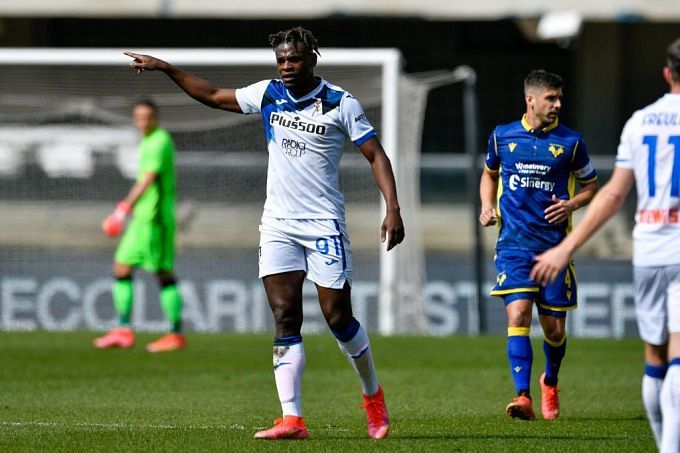 Atalanta was eliminated from the UEFA Champions League after losing at home to Villarreal. Gian Piero Gasperini's side will now travel to Verona, where Lazio and Juventus have already been beaten this season. Will the Bergamo team also fail to score points on this difficult outing? Let's pick a few options to bet on at once.

Verona had another spectacular match

In the previous round, Igor Tudor's team once again confirmed that they are one of the best attacking teams in Serie A today. After losing 0'3 in the first half in Venice, Verona turned the game around in the second half, scoring 4 and winning 4-3. An incredibly high level of offensive play!

Giovanni Simeone scored two goals against Venezia. In total, the Argentine now has 11 goals under his belt. He is third in the scorers' race, only behind Dusan Vlahovic and Ciro Immobile who scored 13 times each.

Atalanta missed a chance to make the Champions League playoffs

Atalanta only needed to beat Villarreal at home in the final round of the group stage to reach the Champions League 1/8 finals. But things went wrong for the Black and Blues from the start. The match was postponed to the next evening due to too heavy snowfall, and on the next day, Bergamo conceded three unanswered goals by the 51st minute. Atalanta managed to score 2 goals before the end of the match, but it was not enough. 2-3 – Gian Piero Gasperini's team left the Champions League and headed for the Europa League playoffs.

Atalanta are doing well in the national championship. The team is in 4th place in the standings, only four points behind the first line. The team approaches the match against Verona with a five-match winning streak.

Atalanta spent too much energy in the Champions League confrontation with Villarreal, both physically and emotionally. It is unlikely that the Black and Blues will be able to take away 3 points from Verona, which is very difficult for all Italian teams this season. Moreover, even one point is doubtful. Verona managed to beat Lazio, Juventus and Roma in the current championship, and will surely do everything possible to outplay Atalanta as well.

Prediction: Verona will be closer to victory.