Kaizer Chiefs vs Mamelodi Sundowns: The Brazilians will snatch all the points on the road 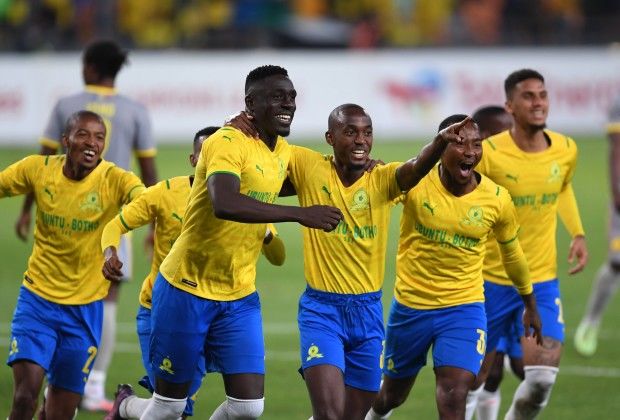 The Amakhosi will lock horns with the current champions, Mamelodi Sundowns at the First National Bank Stadium in Soweto on Sunday. Having claimed the title, Mamelodi Sundowns want to win this match for the bragging rights while the host have everything to play for as the CAF Champions League spot is still within their reach.

The Amakhosi have been struggling since their recent dip in form which has seen them lose four and won one in their last five matches.

Mathematically, it's unlikely they can assume the top spot again but the second and third positions are still within reach, they are just three points behind second-placed Royal AM who also have a better goal difference.

They stumbled to a defeat in the hands of their fellow top-four contenders after they were beaten (1-2) by Cape Town City on matchday 25 but bounced back against Marumo Gallants on matchday 26 as Dolly’s only goal was enough to send the Amakhosi down to the fourth position.

They have only won once ever since Stuart Baxter was sacked. They have picked up three points from a possible fifteen in the last five games.

At home this season, they have also been average with six wins, two draws and five losses in the last thirteen matches played at home.

After being crowned the champion on matchday 25, the Brazilians are now the most successful team in the South Africa Premier League.

They may claim another trophy this season after a tremendous win over Royal AM in the Nedbank Cup semi-final and are now paired with Marumo Gallants in the finals which will come up later in May.

They settled for a draw against Royal AM on matchday 25 after a series of opportunities were wasted and went all the way to Sekhukhane to snatch all the points away from home.

Sundowns have only lost two games away from home this season and have won seven and drawn four in those encounters on road.

This match is far more important to them according to coach Manqoba, and he promised not to take it with levity.

This is not the right mood for Kaizer Chiefs for a clash of this nature, they are low in motivation and lack enough enthusiasm compared to their opponent, it's the Calabash Derby and we expect the visitors to edge this one, bet on away win for 2.09.

Mamelodi Sundowns have also emerged as the first-half winner in five out of the last five clashes with the Amakhosi, a halftime win for 2.88.