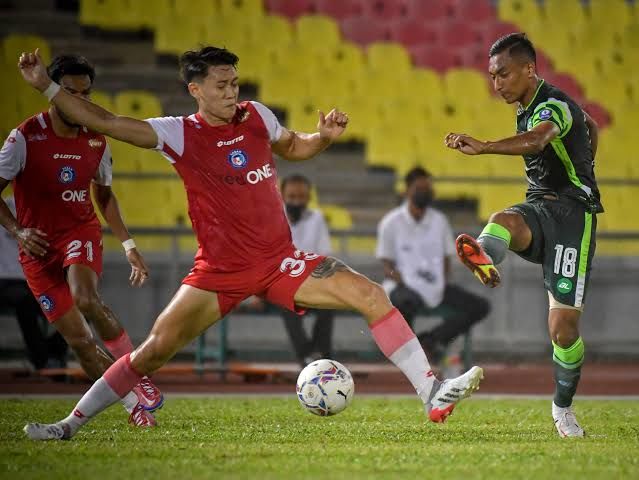 Desperately in need of three points Sabah FA are unluckily labelled as the underdogs this time around on the road as they square off with Kedah FC for their 17th matchday of the Super League.

Will Sabah FA be able to add one victory to their two victories over Kedah, or will Kedah FC continue to triumph once more?

After making an abrupt exit from the AFC Cup in the semi-finals after being defeated 2-1 by PSM, their attention is now focused on the Super League, where they will get some solace by defeating Sabah FA.

With only one victory, one draw, and three losses in their past five games, they haven't been playing up to par. As a result, they now hold the eighth-place spot in the league standings with 17 points.

Prior to AFC participation, their most recent encounter was against bottom-placed Pahang, which they lost on the road 2-0, prior to losing 2-1 against Kuala Lumpur on the road, making it three straight games in which they have lost (all competitions).

While attempting to catch up to the table-toppers Johor Darul Ta'zim, they are not backing down in the slightest. Despite the fact that it may seem like they are chasing after shadows with Johor Darul Ta'zim always one step ahead of them, they have been a wrecking ball, disposing of every opponent they have faced.

They recently played Sarawak United, and although feeling as though they should have scored far more goals due to their complete possession of the ball and numerous threatening counterattacks, they managed to win 1-0.

While they are only four points behind the table leaders, Johor Darul Ta'zim, who are in first place with 38 points, they are currently in second place with 34 points. It is clear that they are making good progress and that a sudden lapse on the part of their competitors would give them peace of mind to close the gap.

It won't be anytime soon for them to experience a decline in their excellent form, which necessitates the implementation of a point-gathering frenzy in the meantime. They have won four of their previous five games in a row.

However, their primary problem, which is not currently a concern in this situation, is their defense, which has allowed a goal in four of their last five games (across all competitions), while scoring eight goals. They will face serious difficulties if they are unable to keep a solid defense in this game as it may result in them dropping points.

In the previous seven games, Sabah FA won two and Kedah FC won four, with only one match ending in a draw.

Kedah was unquestionably the finest team in their previous season, finishing in second place. It is unfortunate that they are now in eighth place in the current season, just when they had hoped to challenge for this season's league title.

It would be unfortunate for Sabah FA, who are also competing for first place and are only four points behind Johor Darul Ta'zim, to lose focus now and suffer a setback because those three points might be crucial in their battle for the top spot.

Despite being favorites to win, the hosts' recent form has not been very strong; they have only won one of their previous five games. I don't believe they will be able to win this game against a team that has been playing consistently lately.

It's possible that a draw will occur in this situation, but I'll have to give Sabah FA the crucial advantage by placing them on the double chance market as the first choice because I believe they are more likely to win than lose given their impressive form.