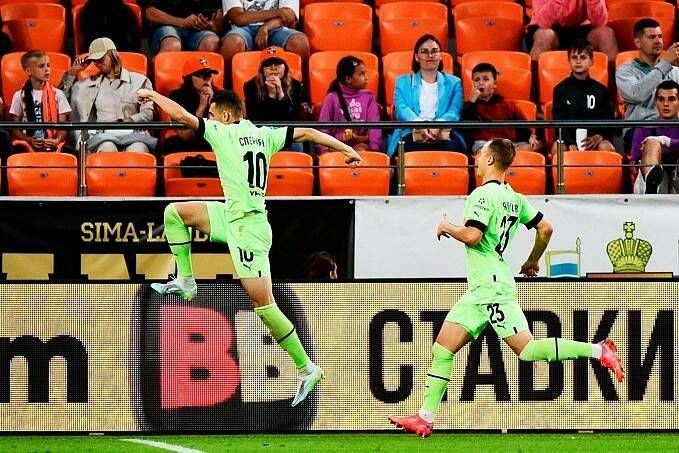 Prediction for the Russian Premier League Krasnodar vs Lokomotiv match, which will take place on August 6. Who will turn out to be stronger? Check the team conditions! Several betting options are available.

Krasnodar is a very interesting team, which does their best in the most difficult situations. For example, in the second part of last season the Bulls were left without internationals, but instead of a failure they managed to rise from fifth place to fourth. In the first two rounds the team have performed with very high quality squad at home. Still, in the game with the debutant Fakel they only sealed in a draw - 2:2, and fell to Spartak 1:4. But in the third round, they lost three key players though it did not stop them beating Ural in Ekaterinburg - 3:1.

Lokomotiv has had a very difficult season. It seemed that after numerous coaching reshuffles and vector changes, things would get better for Lokomotiv, but that's not the case. Josef Zinnbauer's charges sealed a draw with against Paris NN and Rostov, 1:1 and 2:2, and then suffered a setback in St. Petersburg. Though the Moscow side played well in the first half against Zenit, 0:0, they conceded five unanswered goals after the break, 0:5.

Lokomotiv approaches the match against Krasnodar with enormous personnel problems. Alexis Beka-Beka has already been sold to Nice, and Lucas Fassonsuffered a serious injury, so now their defense builds around a pair of Jedvaj - Magkeyev, who failed in the game with Zenit. The Bulls should take advantage of these problems, because they already play great with the Red and Greens at home, winning four of their five previous encounters.

The rivalry between Krasnodar and Lokomotiv has all the chances to be packed with goals. In the opening game both teams play their usual bright and attacking soccer. That's it, in the three games with the Bull involved 13 goals have been scored (4.33 per game), and the opponents had 11 goals (3.67 average per game). So we expect an total over.

Lokomotiv is one of the most undisciplined teams in the Premier League, frequently earning penalties and penalty kicks. When mentioning a penalty kick, one should immediately think of Eduard Spercyan, who has scored three times this season and converted another penalty kick. Four goals allows the 22-year-old Krasnodar midfielder to share the scoring lead with Fedor Smolov.