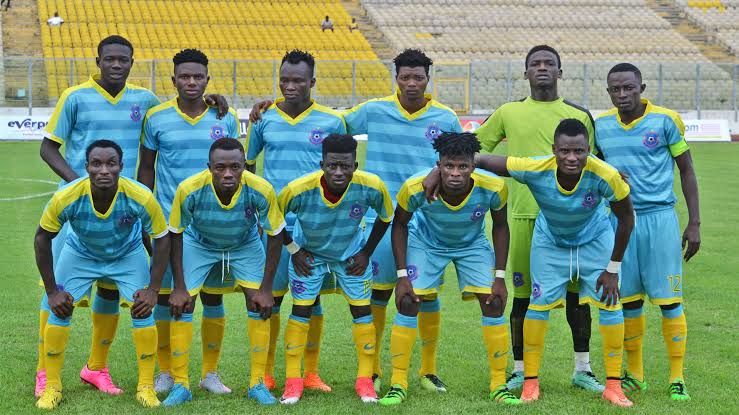 Legon Cities will battle it out with Elmina Sharks at the Malik Jabir Sports Stadium on Sunday afternoon. Legon will hope to build on a vital away win against Asante Kotoko while the guests would want to pluck all the points to enhance their fight in staying up.

They head into this game after a tremendous(1-3) victory against league leader Asante Kotoko, it was indeed one of those unusual results when they hammered the defending champion in front of their home fans.

They are 9th on the log with thirty-six points and seven points above the relegation zone.

They have won six, lost three and drawn four games in the last thirteen home games.

Elmina Sharks are on the verge of being relegated with twenty points in the last twenty-six games. They are at rock bottom in the league and need ten points to survive the Battle.

They have begun their survival scheme with three matches without a loss, they recorded a win and two draws.

They settled for a draw against struggling Real Tamale on matchday 25 as they split the points at the end of the encounter.

They have never won a single away game this season and have recorded eleven losses and two draws in the last thirteen games.

In the last seven clashes between both teams, Legon Cities have won three while Elmina Sharks have also won two and two draws were documented as well.

Legon Cities will draw motivation from their last win to see off a resurgence Elmina Sharks, bet on a home win for 1.60.