Liverpool vs Internazionale Milano: The Reds will once again prove their superiority over the Black and Blues 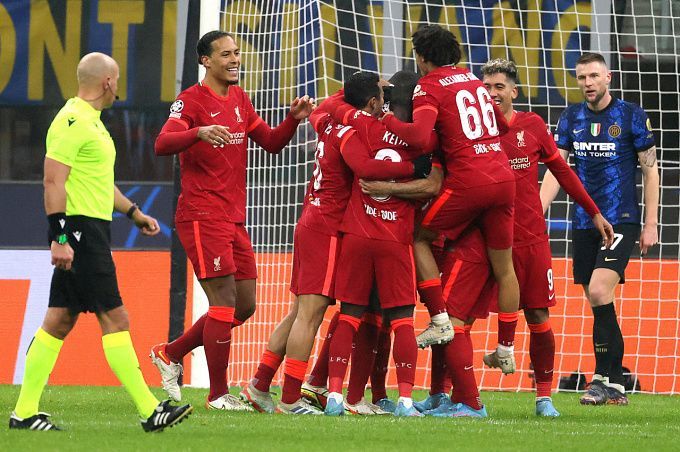 Liverpool will face Inter in the return leg of the Champions League round of 16. The first leg in Milan ended in a 2:0 win for the English club. Can the Merseysiders retain their advantage, or can they expect a sensation from the Nerazzurri? Check the team conditions and choose several betting options.

Liverpool had a spectacular run in the Champions League group stage, where they rolled over all their opponents. Jurgen Klopp's side was in a serious quartet with Atletico, Porto and Milan. Without any problems, they managed six victories in six games with a total score of 17:6. Inter in Milan was under Liverpool's full control in the round of 16 meetings. On 75 minutes, Roberto Firmino (who will not be involved in this encounter) opened the scoring with a header from a corner, before Mohamed Salah proved to be more adept in Inter's penalty area on 83 minutes (2:0).

Inter didn't have a spectacular showing in the Champions League group stage, but they looked good. The team managed to finish second in the group with Real Madrid, Sheriff and Shakhtar, earning ten points. As for the home game against Liverpool in the round of 16, it can be described as a failure for Simone Inzaghi's side. His side failed to put a single shot on target. Overall, it will be incredibly difficult for Inter to get back from 0:2 away.

As we said above, Inter will find it extremely difficult at a packed Anfield. Liverpool is known to be capable of a lot at this legendary stadium. We don't expect them to play to their strengths, because it's not their style. They will certainly show their game and try to take on Milan. We don't expect any sensations but expect the hosts to show their superiority over the visitors once again and win without any problems. Prediction: Liverpool win + total over (1.5).