Liverpool vs Shrewsbury: Both teams will score 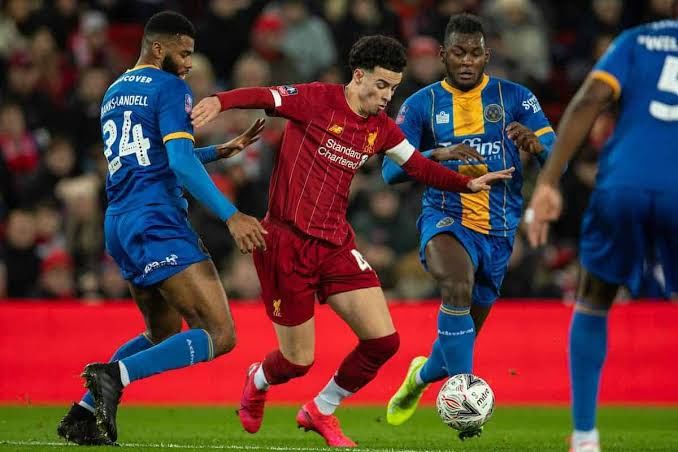 With COVID 19 outbreak in the team, Liverpool will try to avoid defeat as they welcome League One side to Anfield in the third round of the tournament.

Crisis at Anfield as they battle Corona coupled with the fact they lost their star men to AFCON.

The team settled for a draw against their title challenger counterpart in what happened to be their only match this year.

After taking the lead with two quick goals, the Blues replied as they levelled up at Halftime, the match ended 2-2. Liverpool still have the chance to move to the second spot with one game at hand.

The Reds team look depleted and might struggle to win if their star men don't recover in time for the match.

The League One side are 15th on the table having played twenty-four matches and accumulated twenty-nine points in that process.

They come into this match after four matches without a loss.

The away team are used to winning on replay but unfortunately, the rule has been scrapped and they will have to win at Anfield to proceed to the next phase.

With speculation suggesting that Liverpool might feature some youngsters, we are going for a low scoring win for them. The away team might score too.