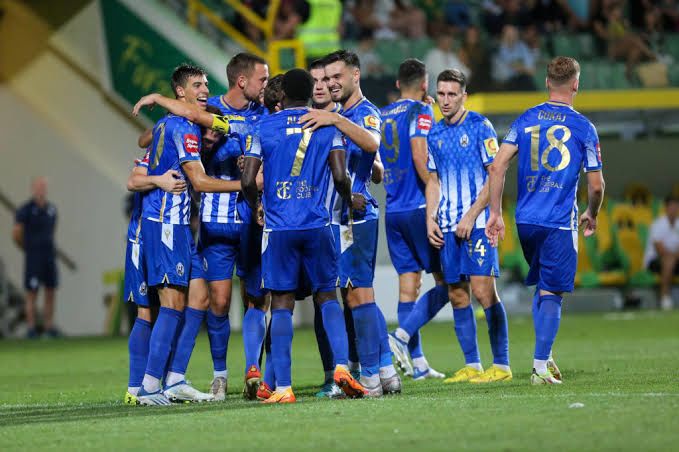 The hosts will be looking to rebound back after their recent setback against Osijek, which resulted in a loss on the road, as they host HNK Sibenik for their 12th matchday of the Croatian championship at the Stadion Kranjčevićeva.

Will Lokomotiva Zagreb be able to turn the tables this time and record a convincing victory over a team that previously served them with a disappointing road defeat?

While they expected to grow fond of the new season with expectations of significantly better performance, reality has dealt them a hard blow as they have been bitterly disappointed with the set of results they've been picking up along the way, making their form inconsistent.

Their recent match against a buoyant Osijek saw them thrashed 4-1 on the road, with Vasilj's 86th-minute goal merely serving as a consolation goal for their 3 shots on target despite having ball possession, which was not enough to see them off with a victory.

Lingering in 8th place in the rankings with 9 points, they find themselves two points behind their opponent, but that is the least of their worries as they are dragging a three-match losing streak into this match, and another defeat at this point will extend their losing streak to four.

So far, their recent home record has not been encouraging, as they have accumulated a total of 6 points from two wins and three losses in their last five home matches and have failed to keep a clean sheet, with the number of goals conceded increasing to 7 while accounting for 5 goals scored.

Rowing in the same boat as the hosts, they have struggled to keep up with the tide, with their season beginning with a negative jolt as they were defeated at home by a Rijeka side, followed by a string of losses and draws.

Failing to capitalise on a golden opportunity to score a winning goal in their recent home match against HNK Gorica, which saw their opponent reduced to 10 men in the 55th minute of the second half, it wasn't up until they, too, were reduced to 10 men in the 73rd minute, but eventually found an equaliser through Delic's penalty in the 82nd minute to finish the day with a 1-1 draw.

They've been on a draw hunt recently, as evidenced by their four-match draw streak in the last five matches played, with one match ending in a loss, making it four points collected with their form hanging by a thread.

In the last 16 meetings, Lokomotiva Zagreb have won 6 times, HNK Sibenik have won 4 times and there have been 6 draws.

The hosts, who are now on a three-match losing run due to uneven play, will definitely find it difficult to get back on track after such an ordeal, which has left them, to put it mildly, unmotivated as they currently appear unstable in the croatian championship rankings.

HNK Sibenik, on the other hand, have had their fair share of inconsistency and will be hoping to end a four-match streak of road draws when they face the hosts, with their last meeting of the Croatian championship being a positive one as they edged a win over them.

With both sides struggling to win matches as of lately, it's almost certain that this encounter will be a tough one in which a share of the spoils will be witnessed when they battle it out.

But one market stands out in this scenario: corners, where the hosts have been an absolute juggernaut with an average of 4.74 corners when playing at home compared to 3.67 for HNK Sibenik when playing away.

While we are hesitant to pick a winner in this match, we do believe Lokomotiva Zagreb will be the superior side in terms of corners, and an Asian handicap -1 priced at 10/11 should suffice.