Mamelodi Sundowns vs Al Ahly: The Brazzillians will at least get a point 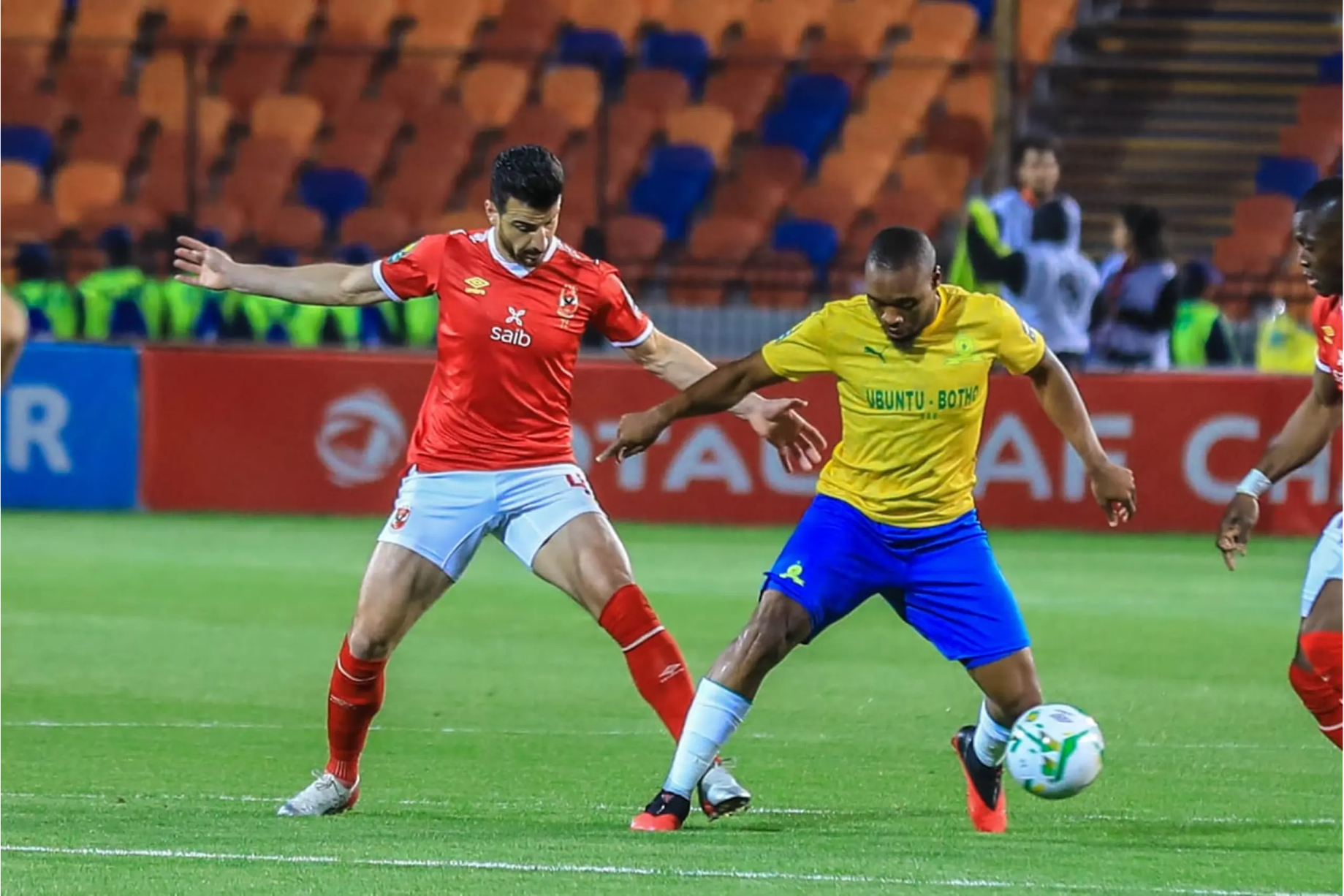 We expect nothing but mesmerizing football when Mamelodi Sundowns host Al Ahly of Egypt on Saturday afternoon. Two of the most in-form teams will lock horns together at the FNB stadium to decide who is going to top Group A. Both teams have dominated their different leagues but who is better?

Remarkable form by The Brazilians, they have won two and drawn just once in all matches played in this competition. They remain one of the teams who have not conceded any goal in this tournament.

They are momentarily at the top of the table and a win here will be enough to secure the ticket to the knockout stage.

Manqoba Mngqithi's men pulled one of the enormous surprises against the most successful team in the tournament when they conquered them in front of their home fans. The Red Devil created so many chances but were not able to take any of them, they had the most shots (23) and controlled the game with (63%) possession, it was looking like points were going to be shared when Thapelo Morena right-footed shot from the right side of the box went inside the net in the 85th minute.

The Brazilians head into this match having won their league already and are fully focused on this competition. With seven points in three matches, they are unbeaten in this tournament and have everything in stock to go toe-to-toe with the defending champion.

The most successful in the history of the CAF Championship and the defending champion will fight tooth and nail to get revenge against the South African giant.

Things didn't go as planned the last time against the Brazilians when they stumbled on a 0-1 defeat at home. Al Ahly did all they could but goals didn't come and were ball watching when Morena gave his team the lead in the 85th minute. They bounced back and went ahead to unseat the Pyramid at the top of the table.

The Red Devil have a really tough game against Mamelodi Sundowns, it's not going to come susceptible because the home team plays one of the best football in the country and their fans will give the visiting team a very tough time.

Heading into this encounter, they have won one, drawn one and lost once. That's four points from a possible nine and have conceded three goals in that process.

In eleven recent meetings against each other, Al Ahly has won five times, Mamelodi Sundowns two and four have ended in a draw.

Both teams are solid at the back and very dangerous going forward, Al Ahly were unlucky the last time out, I think Mamelodi are more than motivated for this match and we could see a crazy result in this encounter.

This match has a feeling of a final because no better teams are ahead of these two in the competition. It's very dicey but none will sit back and watch another attack, we expect both teams to attack from the beginning to the end.

Al Ahly are a strong team with the best coach in Africa, they are experienced but something tells me Mamelodi Sundowns are up for it and will try to at least get a win in front of the home fans, bet on the home W/D and 1.5 for 2.00.

We are not going to underestimate the defending champion for any reason, I think both teams will settle for a draw here, bet on Draw and BTTS for 5.00.