Mamelodi Sundowns vs Cape Town City FC: The Brazilian will be crowned the champion 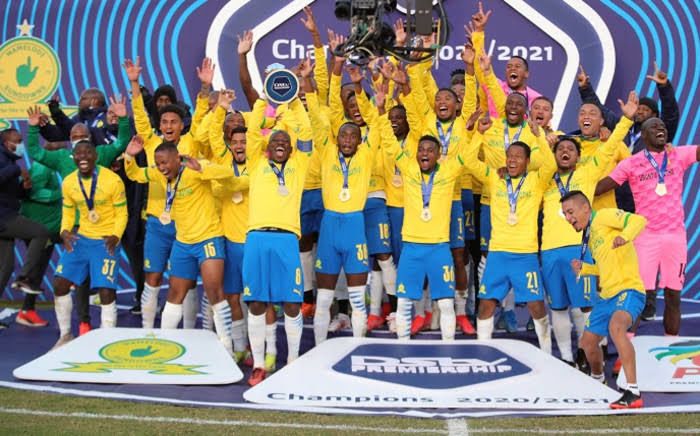 Still recovering from their CAF Champions League exit, Mamelodi Sundowns are about to be champions in the league for the sixth time in a row. Tremendous feet for the Brazilians who still have another opportunity to claim the second title when they face Royal AM in the Nedbank Cup semi-final later this month.

Mamelodi Sundowns are on (57) points while the second-placed team have (45) points with four games to spare, mathematically they will eventually win the league.

Sundowns have only lost two matches this season and would most definitely avoid losing again just to maintain some records.

They destroyed Golden Arrows on matchday 25 with six unanswered goals against the mid-table team.

The Brazilians have picked up ten points in the last five matches and have scored a whopping fifteen goals in those encounters.

Presently the most in-form team in the league with thirteen points from a possible fifteen points in the last five games. Ist place is out of reach but with two games at hand and on (40) points, they can still leapfrog Royal AM who has (45) points if they win both games.

More recently, against second-placed Royal AM, they played out a (1-1) draw just to keep the race for the top four more competitive.

Cape Town City FC have won four matches and drawn once in the last five matches, their away record is not bad as they have won three, drawn five and tasted defeat in three matches throughout eleven matches.

In the last five matches between both teams, Mamelodi Sundowns have won twice while Cape Town City FC also recorded a win with two matches ending in a share of points.

Mamelodi Sundowns will be playing a semifinal in the next six days, to be on the safe side, bet on a home win or draw and over 1.5 for 1.70.

The only team who could go toe to toe with the Brazilians are Cape Town City FC but we reckon they will be meeting a more desperate team, the Brazilians will be so anxious to give their home fans something to smile for, we expect them to win here for 1.60.

Cape Town city love scoring, bet on both teams to score for 2.0.