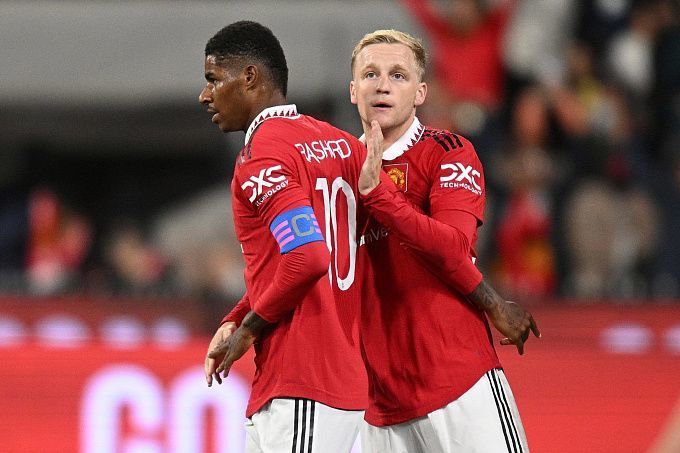 On 23 July 2022, Manchester United will face Aston Villa in a pre-season friendly in Australia at the Optus Stadium.

Manchester United had a disappointing season. Sixth place in the EPL is a disgrace for a club of such status and name, and in the Champions League, the Red Devils were already relegated in the last eight. It was already clear that the club would not make significant progress without a change, so Erik ten Hag became the new head coach during the summer. Under the guidance of the Dutch specialist, they have played three preseason games that certainly delighted the fans, beating Liverpool (4:0), Melbourne Victory (4:1) and then Crystal Palace (3:1).

Aston Villa is another team that has had to rebuild in recent years, but that process is now almost complete. They have already been able to avoid major changes to the squad over the summer and Steven Gerrard continues to work at the club. He got to know his new squad last season and now he will be expected to do better. The Lions have already played three pre-season games this summer, with Walsall (4:0), Leeds (1:0) and Brisbane Roar (1:0). Three successive dry victories are cool, but they have a tougher test ahead!

Manchester United and Aston Villa have made a good start to pre-season with three wins in a row. The only difference is that the Red Devils have had a much higher level of competition. They changed their head coach during the off-season. Therefore, Eric ten Hag's charges are extremely motivated to fight for their place in the starting line-up. The situation in Steven Gerrard's team is more peaceful, so the players are quietly preparing for the new season. Obviously, the level of performers is noticeably stronger for the Reds, so we suggest betting on Manchester United to win for 1.66.

There is a high probability that we will see a lot of scoring activity from the teams in the upcoming match. Aston Villa hasn't conceded a goal in their three previous friendlies, but just look at the level of their opponents to make a lot of things clear. Manchester United should break the streak of the opponents, as they have scored 11 goals (3.67 goals per game on average) in their three games so far. That's why, the best option for the prediction seems to be a total over 3.5 for 2.5.

If we look at Manchester United's games under Erik ten Hag, we can already see how active the Dutch coach's charges start. Against Liverpool and Crystal Palace, they started with goals in the opening stages but against Melbourne Victory; the Australians caught the Red Devils making a mistake in defence and opened the scoring in the fifth minute. All of this suggests that there will be an early goal scoring opportunity as well. In such a situation, it is worth looking at a bet on the fact that the teams will score the first goal from 1 to 10 minutes for 1.88.