MARITZBURG VS MAMELODI SUNDOWNS: Away team to secure all the points 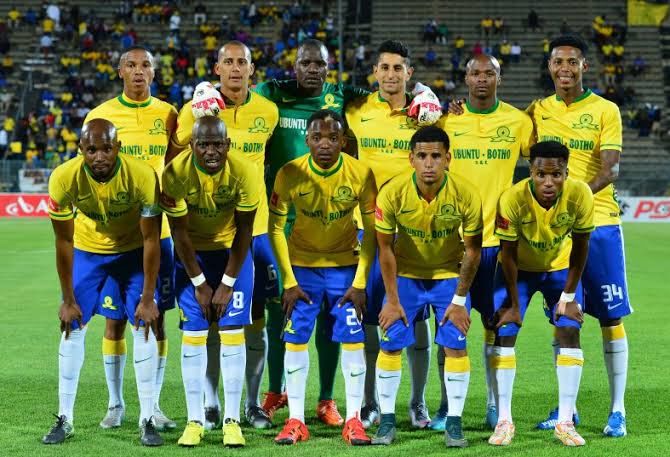 Maritzburg will host Mamelodi Sundowns at the Harry Gwala Stadium on Saturday evening. If everything remains the same , the away team are on course to retain the DSTV Premier League this season while the home team are fighting to stay up. Will the home team pull a significant surprise when they face the Brazilians?

Maritzburg have found themselves struggling with form this season and their inability to put the ball at the back of the net has been the main issue here, they have only scored thirteen goals all season and conceded a whopping twenty-two in that process.

They wanted to win so bad against Golden Arrows the last time out but were wrecked by their unreliable defensive awareness. Knox Mutizwa of Golden Arrows gave the visiting team the lead in the 48th minute before A. Ndengane levelled up in the 73rd minute, it looked as if the points were going to be shared until Knox Mutizwa restored the lead once again in the 82nd minute to make sure his team went home with all the points.

Coming into this game, Maritzburg United has picked up four points from the last five games, both home and away. That's 0.8 points per game on average.

Best team so far in the league this season both home and away, they play the best-attacking football and are well organised at the back. Potential golden boot winner, Peter Shalulile attacking threat is a no match for any opponent's defenders.

Manqoba Mngqithi men thwarted TS Galaxy in match week 21, goals from Mudah , Domingo and Shalulile were enough to hand them all the three points.

The Brazilians will be looking to keep up the momentum today against Maritzburg United, having lost just one game from the last five, they have won two and drawn two in that process.

In the last seventeen previous meetings, the Brazilians have won nine times while eight matches have ended in a draw.

Despite having twenty points advantage over the 2nd placed team, we still believe Mamelodi Sundowns are playing to set records and will take this match with the utmost respect, we believe them and they are going to win for 1.68.

The home team can't match their attacking prowess and would sit back more often just to see if they can secure a point in this encounter, bet on a first-half win for the away team for 2.38.