Marseille vs Lille: We Expect a Productive Game 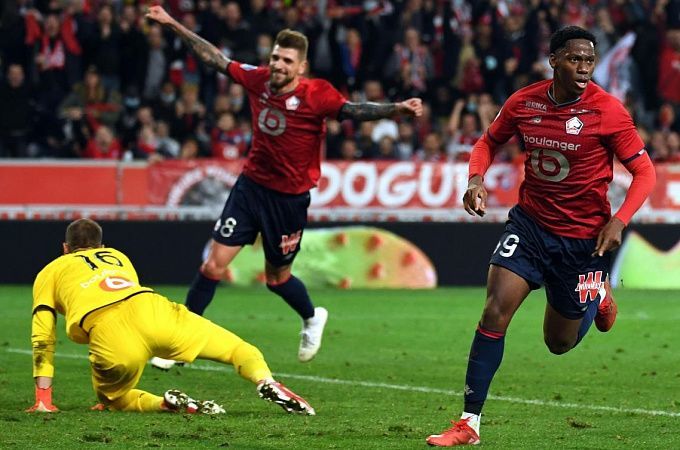 In the main match of the 21st round of the French Ligue 1, the reigning champion, Lille, will meet with Marseille. In the first round, the Provençal team lost to the Dane - will they take revenge at home?

Marseille occupies third place in the standings, 3 points behind Nice with two matches to spare. In the last three rounds of the Ligue 1, Provençal has scored two wins and one draw, and in the previous 32 French Cup, they 3:0 defeated Chauvigny. Often in the current championship, the opponents did not convert their moments, thanks to which the team missed only 15 goals - the least in Ligue 1. Quite recently, the Provençal squad was almost perfect, but against Lille, seven players will not play. Álvaro González, Arkadiusz Milik, Gerson, Steve Mandanda and Valentin Rongier are in the sabbatical, Bamba Dieng continues to serve his suspension and Pape Gueye is for the Senegalese national team at the Africa Cup.

Jorge Sampaoli's charges beat Bordeaux 1:0 away in the last Ligue 1 matchday. Marseille had enough chances for 3:4 goals, but Cengiz Ünder, Pol Lirola and Duje Ćaleta-Car didn't take advantage of them. Onder still scored the decisive goal in the first half, and after the break, he failed to double it. Provençal defended almost perfectly: the opponent only six shots on goal, and three of the attempts were long-range.

The Mastiffs will no longer defend the league title, and getting into the top 3 is highly questionable. Lille occupies 10th place in the table, 11 points behind 2nd place and with two games to spare. The team still converts a lot of chances, and overall on the season, it also defends well. Still, opponents do not forgive even minor mistakes, and the realization of scoring opportunities leaves much to be desired. Lille recently dropped out of the French Cup, losing to Lans, but the team will soon play in the Champions League playoffs. As for the current squad, Léo Jardim and Timothy Weah are injured. The participation of Domagoj Bradarić and Xeka is questionable.

Jocelyn Gourvennec's charges had their last Ligue 1 game on December 22. Lille beat Bordeaux 3:2. The opponents took the lead twice in the meeting, but the Mastiffs squeezed the maximum out of their chances this time. Lille restored the balance due to a long-range shot by Benjamin André, and then Burak Yılmaz converted the spot-kick. The opponents also frequently struck far but took only five shots on goal.

The last meeting between the teams was spectacular, and it seems that even away, Lille can count on 1:2 goals. Marseille has a lot of losses, but most importantly, Dimitri Payet is in the lineup, and Arkadiusz Milik can replace the club's newcomer - Cédric Bakambu. Judging by the cup game, the guests have no problems in the attack, although the lack of playing practice is a little alarming. I propose to bet on the following outcomes: