Marseille vs Saint-Etienne: Marseille is well prepared for the season 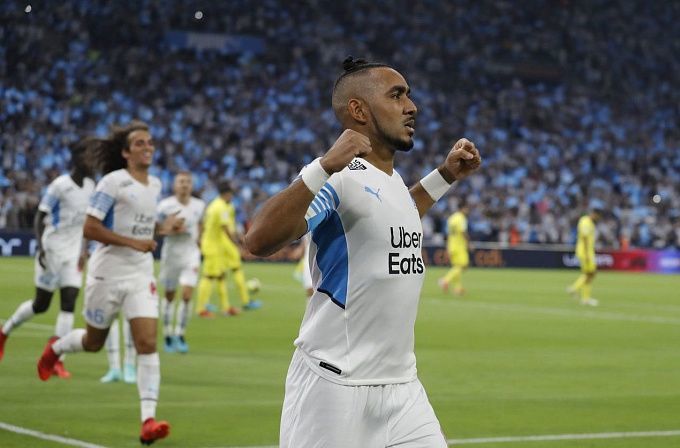 Last season Saint-Etienne was a very inconvenient opponent for Marseille, and that's probably why bookmakers give quite high odds on a home win for Saint-Etienne. Is it worth betting on them?

Jorge Sampaoli is gradually restructuring the game of Marseille, and the roster of the team in the current off-season has changed a lot. Half of the starting line-up arrived in the summer transfer window: in the last meeting, for example, Cengiz Under, Matteo Guendouzi, Gerson, William Saliba, and Konrad de La Fuentewere on the pitch. At the same time, Dimitri Payet was unexpectedly included in the center-forward position, and Dario Benedetto was not needed and left for a year at Elche. Goalkeeper Pau Lopez has not yet made his debut for Marseille due to injury, Arkadiusz Milik is also out of the game.
In the first two rounds, Marseille scored four points after defeating Montpellier (3-2) and played a draw against Bordeaux (2-2), but in the last match against Nice the Provençal players were handed a technical defeat. The meeting was interrupted by a fight with fans,

after which the Marseille players refused to enter the field. Nevertheless, we can draw some conclusions, because the match lasted 75 minutes, and by the time Jorge Sampaoli's charges were losing 0-1. At the very beginning of the meeting, the Provençal side nearly missed a goal, but the goalkeeper twice reacted. After that, Marseille even seized on the initiative, and Cengiz Under failed to capitalize on a one-on-one opportunity. If we take into account a dangerous free-kick by Payet and a shot on the fly by Under, the team was certainly up for 1-2 goals. In the second half, the opponent still scored, and then almost doubled the advantage. Marseille had no chance to get back into the game until the 75th minute.

Saint-Etienne has not lost a single match this season, but all 3 games ended in a draw, and this result is not a great success. After a controversial last season, the club is still very passive in the transfer market, and in August it did not sign a single newcomer. Now the Greens could use a scoring forward or a creative player in attack. Saint-Etienne before was quite boring, and in the current championship does not create very many chances. In general, if the team becomes the middle of the pack and will not hang in the relegation zone - it's already good. As for the roster for the match with Marseille, Aymen Mouffek and Alpha Sissoko will not play, and Charles Abi recently dropped out due to illness.

In the last round of Ligue 1, Claude Puel's charges drew with Lille 1-1. Saint-Etienne could have scored first, but Denis Bouanga missed the ball on 16 minutes and then took the lead. Then, the Greens made a few more serious errors in defense, so it was not without luck. In the end, Saidou Sow evened the score, and soon Saint-Etienne goalkeeper Etienne Green repelled a dangerous shot by Burak Yilmaz.

Marseille showed a good game in all three games this season in attack, and against Nice they could well achieve at least a draw. Dimitri Payet looks great at the center-forward position but a lot will depend on whether he will be disqualified for the incident in the recent tour. St-Etienne might well have conceded 2-3 goals in the last meeting, and they created only two good chances at home. The visitors lack creativity, the sharpness at the others' goal is often caused by crosses to the penalty area, and the Greens squad needs strengthening. I suggest betting on the following outcomes: