Medeama SC vs Real Tamale United: Home team will grab all the points 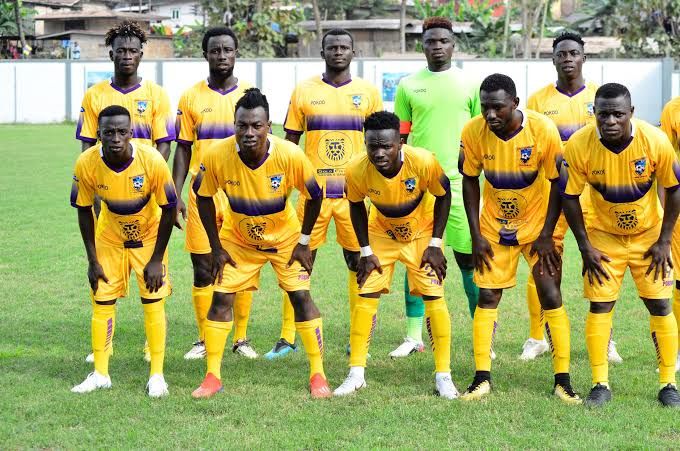 Ghana Premier League resumes action as Medeama SC lock horns with relegation bound Real Tamale United at the Abrankese Stadium on Sunday. The visitors are fighting to stay up in the league while the host will try to keep up with the top four.

The home team have had mixed results in recent times which have seen them won ten, drawn six and lost seven in the last twenty-three games.

The race for the top four is getting heated and it's going to run till the last match of the season. Medeama failed to win their match against Accra Hearts of Oak away from home after Isaac Mensah's only goal secured the host team all the points.

They have an incredible home form as they have lost just once in the last twelve games. Not much of a high scoring team as they played out (1-0) scoreline in eight out of twelve matches at home. A win here will propel them to the 4th position provided other results go their way.

Real Tamale United are in horrible form, they are on the brink of plying their trade in division two next season if nothing changes.

Six wins, seven draws and ten wins in twenty-three games have seen them dining with relegation battlers, moreover, they have conceded the second-most goals (32) in the league this season.

They won their last match against Berekum Chelsea, the first time they scored three goals in a match, very fortunate for them to depart with all the points as the visitors missed an opportunity from the spot in the 90th minute just for the home team to take the lead in the 96th minute.

Medeama has won all three games against Real Tamale United and the visitors have failed to manage a single goal against the home team.

The visitors are so bad away from home that they lost to Eleven Wonders and WAFA, not judging by the way, but they are that terrible, it's going to be hard for them to get a win here as the host have allowed three goals by visiting teams in all their home games, bet on 2-0 correct score for 4.74.

The host are not known for scoring lots of goals , in fact, they haven't scored more than two in a match in all their home games this season, bet on under 2.5 for 1.93.