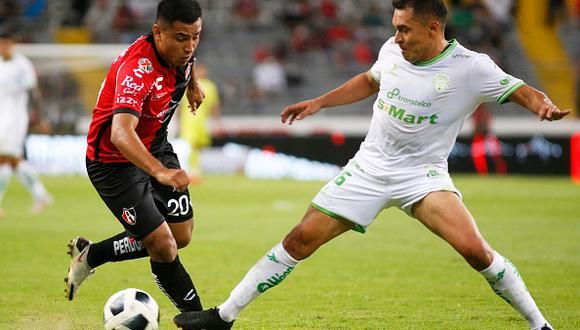 Atlas and FC Juarez will take on each other in the upcoming fixture of Liga MX, which is scheduled at the Jalisco Stadium, Guadalajara. Going in the game, both teams stand below the top 10 standings, which is certain by their performances. According to the standings, Atlas stands 12th with just 2 wins and 8 points from 8 games played. On the other hand, FC Juarez stands 16th with a win and 7 points from 8 games played. Moving forward, Atlas will be the favorites to win against Juarez tomorrow.

Going in the game, Atlas will look to continue with the winning momentum and take inspiration from the teams above them. Going in, Atlas has always demonstrated amazing gameplay against Jaurez, meaning that they are likely to dominate Juarez tomorrow also. Atlas will de depending on the match winners from the previous game, Luis Reyes, Jonathan Herrera, and Julian Quinones. With a goal-scoring average of 1.3 goals per game, Atlas is likely to play a balanced attack formation. Moreover, Atlas’s record against Juarez has been formidable, making them favorites to win.

FC Juarez has been on the lower side of the table as they have lost three and drawn two games from their last five played. Going in the game against Atlas, Juarez is coming off a defeat against CF America (2-1). With a goal-scoring average of under 1 goal per game, Juarez is likely to struggle against Atlas. For the upcoming game, much will depend on Gabriel Fernandez, Jesus Alberto, and Maximiliano Olivera.

Going in the contest, Juarez is likely to struggle against Atlas, and we might observe a low-scoring game, with only Atlas managing to score. The game total is expected to be under 2.5.