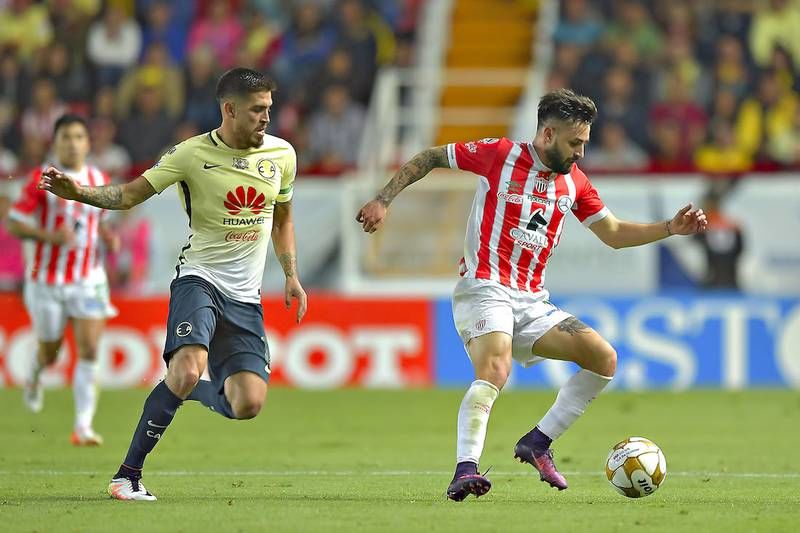 In the upcoming fixture of the Liga MX Round 14, Necaxa will take on CF America at the Estadio Victoria Aguascalientes. With Necaxa standing 8th with 5 wins and 17 points from 13 games played, it will be an intense pressure game for them to play at home. On the other hand, the evergreen favorite, Club America, stands 1st with 9 wins and 28 points so far in the competition. It will be an important game for Club America as well as they will look to stay ahead of Monterrey as the matchdays come to a close.

Necaxa - Looking to Bounce Back (LWDLD)

Going in the contest, Necaxa lost an uncertain game to Santos Laguna (3-1), which has also crippled their hopes of making in the desirable qualification. In the last game, the only goal from Necaxa’s side was scored by Alexis Pena in the 79th minute. However, from the start, Necaxa didn’t seem to be in phenomenal touch. Playing with an aggressive formation of 4-4-2 was always a question; however, now it’s a new game day with much to play for. With a goal-scoring average of 1.2 goals per game and Facundo Batista’s 1.7 shots on target per game, Necaxa can score at least a goal against CF America.

With CF America being consistent in the target of getting the first spot qualification, much has been going on in the league. In the last game, CF America managed to win over Atletico de San Luis (3-0), in which Jonathan Rodriguez, Diego Valdes, and Henry Martin scored goals. Now with a scintillant goal-scoring average of 2.2 goals per game, CF America will look to keep the flag high in the contest. CF America has found great success playing with the 4-2-3-1 formation in which Martin leads the attack and manages the wingers by the sidelines.

CF America has ranked 2nd away from home, and now in the game against Necaxa, CF America will look to win and produce another amazing win. The game total is expected to be over 2.5, and both teams to score goals.