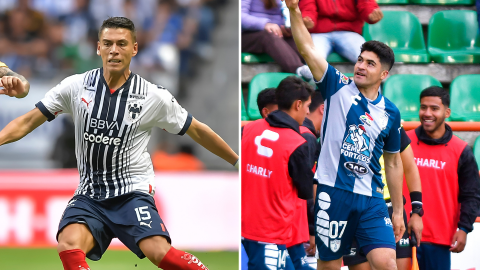 With the last game of the semi-final stage around the corner, we have Monterrey taking on Pachuca at the Estadio BBVA in Guadalupe. Though Pachuca leads the aggregate total by a vibrant margin, Monterrey can capitalize on the home advantage. Monterrey will look to score as many goals as possible and equal the aggregate total.

For the upcoming home semi-final, Monterrey will miss out Erick Aguirre due to suspension and Joao Rojas because of ligament injury. Taking few positives from the last game, Monterrey were really in control until the half time. However, they were just unable to capitalize and defend the scoring from Pachuca. With a formation of 4-3-3, much will depend on the shoulder of Berterame and Gonzalez. With an accurate passing percentage of 77%, Monterrey will look to improve a bit and score maximum goals in the first half.

Pachuca - Much Confident and Prepared for the Final (WWLDW)

Going in the game, Pachuca will be the favorite to win and walk into the final. Pachuca were reasonably amazing as they produced a sensational 5-2 win in the previous outing at home. Now, playing away from home won’t trouble Pachuca as they are already boosted in confidence. For Pachuca much will depend on the likes of Nicolas Ibanez and Pau de la Fuente.

With the pre final stages coming to a close, much will depend on how Monterrey’s attackers adjust to the attacking approach. The game total is expected to be over 2.5 and both teams to score. I will back Pachuca to win the game and go through to the final.