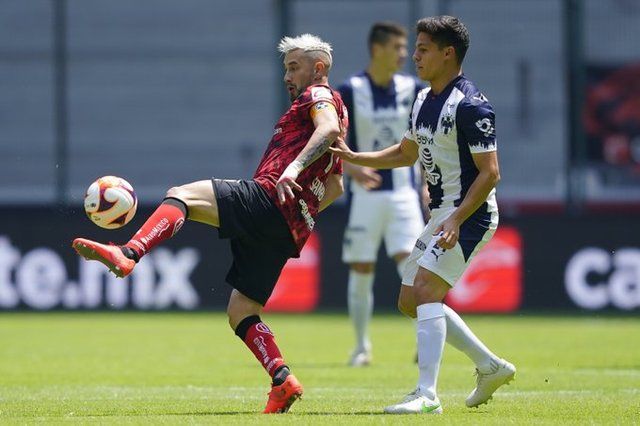 In the upcoming fixture of Liga MX, Toluca will be taking on Monterrey at the Nemesio Diez Stadium, Toluca. Going in the contest, both teams stands in the top two standings which is why the upcoming fixture is expected to be a thriller of a contest. If Monterrey wins, it will be seeing the top spot in the standings, moreover, Toluca can also its spot to Tigres UANL which stands third in the contest. Going in the game, Toluca stands 1st with 6 wins and 20 points in the contest, whereas Monterrey stands 2nd with 6 wins and 19 points. Hence, there’s a marginal difference between the two, making the upcoming game qutie an interesting one.

Toluca is progressing well in the contest with two back to back wins against Cruz Azul (2-3) and Tijuana (3-1). Toluca will look to stay undefeated and stay persistent on their winning form, which is the reason why it stands first in the points table. Toluca has a robust attacking unit which features Jean Meneses, Marcel Ruiz, Fernando Navarro, and Camilo. At the moment, Toluca has a goal scoring average of 1.9 goals per game, and is ranked 3rd at home this season.

C.F Monterrey - Coming off a Win Against Necaxa (WWDWW)

Going in the contest, Monterrey is coming off a win against Necaxa (1-2) in their last game. Rodrigo Aguirre, Maximiliano Meza, Arturo Gonzalez, and Rogelio Funes Mori were the key highlights from the Monterrey’s win over Necaxa. With 10 wins in the head to head count against Toluca, Monterrey can really upset the home side in the upcoming game. With a goal scoring average of 2.4 goals per game, Monterrey will look to score at least 2 or more goals against the home side. Moreover, the odds are favoring Monterrey to win as they are ranked 1st away from home.

The upcoming game is expected to be a thriller with both sides looking to invest themselves fully and win. I will be backing Monterrey to win and secure the 1st spot in the standings. Moroever, the game total is expected to be over 2.5 and both teams to score.