Mexico vs Ecuador Prediction: Greens to win a high-scoring game 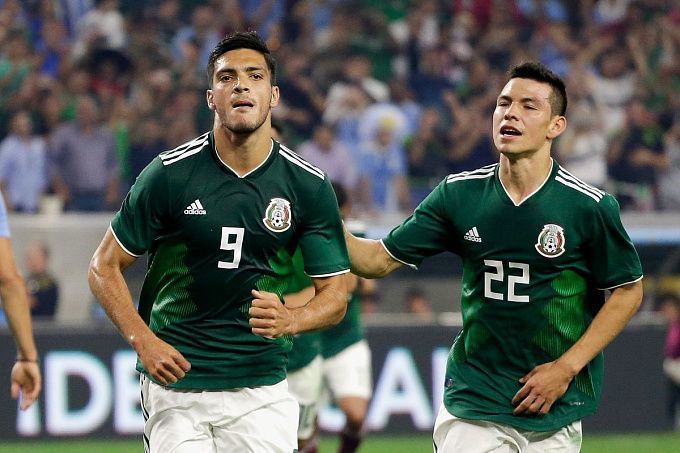 On June 6, 2022, the U.S. state of Illinois will host a friendly match between Mexico and Ecuador at Soldier Field Stadium. The match is set to start at 02:30 (UTC+3).

The Mexican national team continues to prepare for the World Cup, where the Tricolor managed to be selected directly from second place in the CONCACAF table. The upcoming World Cup will be the eighth in a row for the Greens, and on seven previous occasions, they not only made it to the World Championships but also reached the playoffs. Once the main task had been completed, Gerardo Martino's charges played three more friendly matches, showing the full range of results: they drew 0-0 with Guatemala, won 2-1 against Nigeria, and then lost 0-3 to Uruguay. It all goes to show that the Mexicans are an extremely unpredictable team.

Team Ecuador has had mixed success in qualifying tournaments, which is why they alternate between qualifying for the World Championships and missing them. Gustavo Alfaro's players managed to qualify for the 2022 World Cup, and surprisingly easy. They had already created a comfortable margin in the opening four rounds, with three wins in four games, after which the losses of points became much more frequent. That said, direct competitors also made mistakes, so in the end, the Ecuadorians finished third in the South American qualifying, getting a direct ticket to Qatar. The Tri had already played one friendly game, beating Nigeria 1-0.

The teams have played 24 head-to-head encounters throughout their history. Under the account of the Mexicans, there are 15 wins, the Ecuadorians were stronger in four games, and the other five games ended in a draw. The goal difference is also on the side of the representatives of the CONCACAF zone, 43-26. The last time the rivals met was in 2021 when the players of the Ecuador national team celebrated the victory in a friendly game, 3-2.

Historically it is very hard for the national team of Ecuador to play against Mexico, and they have won only four times (17%) in 24 matches. And in the upcoming match, it is Gerardo Martino's players who are favorites, having more skillful and deep squad. Besides they have already played two friendly matches this summer and now they should be close to the perfect condition as soon they will have official matches in the CONCACAF Nations League. As a result, we are forced to place our bet on the victory of the Mexican national team with the odds of about 2.30.

The opposition between the national teams of Mexico and Ecuador is notable for high efficiency. Over the last seven head-to-head encounters, the opponents have jointly scored 23 goals against each other (3.29 goals per game on average), which in itself is a very solid indicator. Meanwhile, five games in this segment saw at least 3 goals scored (71%). In the upcoming meeting, nothing is likely to prevent the rivals from playing bright and attacking soccer. After all, this is a friendly match. That's why the optimal betting option seems to be Total Over (2.5) goals at odds close to 2.25.

If you look at the last matches the national team of Ecuador played, each of them invariably resulted in a quick goal. From time to time the South Americans opened the score in the game, and occasionally allowed the opponents to do so, but the early goal scoring was every time without exception. Moreover, the vast majority of those goals came in the first 10 minutes. While the Mexicans do not always start games aggressively, in the upcoming battle, the opponent will force them to be active from the very first minutes. In such a situation it is worth betting on the first goal to be scored from 1 to 30 minutes inclusive with the odds of about 1.85.