Mexico vs USA: Betting on another Aztec victory 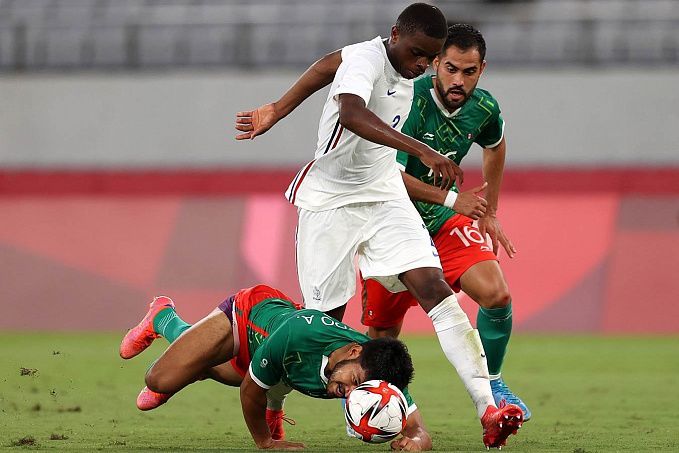 The third round of World Cup 2022 qualifying in the Central and North American zone is on the last stretch, with three rounds to go. Check the team conditions and choose several betting options.

Before the start of the 12th round of World Cup qualification, the Mexican national team was only in third position, with an asset of 21 points and four points behind Canada. There is nothing wrong with this position, as three teams from the CONCACAF zone qualify directly for the World Cup, plus the team in fourth place will play qualifying matches. The Mexicans lost 1:2 away from the Canadians on 17 November. After that defeat, the Mexican national team beat Jamaica and Panama and drew 0:0 with Costa Rica. Mexico's home record is third in the tournament, +3=2-0, with seven goals scored and two conceded.

In 2022, the USA national team played three matches in the third round of World Cup 2022 qualification. The Americans had beaten El Salvador and Honduras by a score of 0:2 on home soil before losing to Canada. The USA is second in the CONCACAF zone table, ahead of the Mexicans on goal difference. While the USA's home statistics are almost the best in the tournament, away they have just one win, two draws and two defeats, with a goal difference of 5:5. As with the Mexicans at home, the Americans are also not a very productive team.

Victory over the USA could guarantee the Mexicans a place in the Qatar World Cup. The Mexican team has an 81% home win percentage over the USA, with the US team's rather poor away statistics in the current qualifying tournament. The first bet on the central match of the 12th round in the CONCACAF zone is a Mexican win for 1.96.

We've already established that Mexico is not a high-scoring team at home, but they concede little in their home games. The USA has an obvious problem with their away performance. In these circumstances, it is logical to bet on W1+TU (2.5) for 3.50.

Our third bet is a correct score of 2:0 in favour of the home team in a match between Mexico and USA for 8.00.