MFM FC vs Wikki Tourist: Lagos' team will be victorious 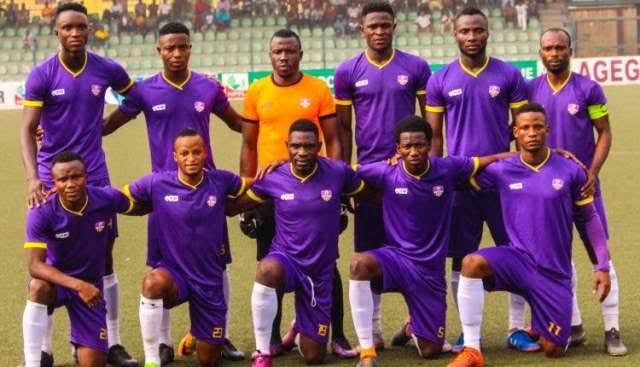 The Nigeria Professional League continues as Mountain of Fire Ministries welcome Wikki Tourists to their Teslim Balogun Stadium in Lagos, Surulere on Thursday. The home team are relegation bound while the visitors can still make the top four this season.

The Lagos based team possess twenty-three points in the last twenty-three matches, that's an average of a point per game which is very awful for a team that wants to play in the professional league.

They have now lost two matches in three games, the first one was against Remo Stars (1-0) and the second one against title contender Plateau United (2-0), they did have a breakthrough in the middle of those encounters as they defeated Dakkada Fc (2-0) here in Lagos.

Their home record has been nothing but tragic with six wins, one draw and four losses in the last eleven games.

Bauchi based team are on average form this season with nine wins, four draws and ten losses in the last twenty-three matches, they are presently 10th on the log and could move to sixth place if they get a win here.

They have managed to win just one match in the last six games, their last win was against Sunshine Stars. They had to settle for a draw against Kwara United as Aliyu Ibrahim's goal was cancelled out by Sunshine Stars Abdulsalam's goal in the 79th minute.

They have only won a match outside their Stadium this season, losing nine and drawing one in the last eleven. They have also scored the joint fewest goal in all their matches away from home this season.

In their previous 11 meetings, MFM have won five while Wikki Tourist also have four wins and two matches have ended in a draw.

This is a tough pick provided both teams are in similar form, one thing should be considered here, the home team are fighting to stay up while the visitors are pretty well comfortable on the log, we expect a win for the home team in Lagos for 1.90.

A win for the home team will take them out of the relegation zone and breathe fresh air into the players, a correct score of 2-0  for 8.5 won't be bad.