Milan vs Inter: Waiting for the Fiery Derby! 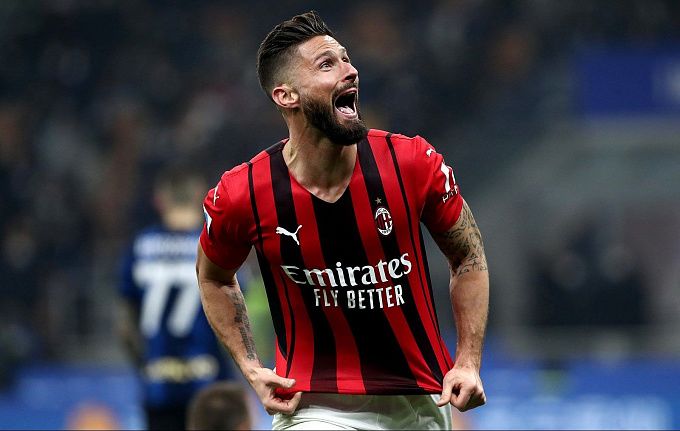 In the first match of the Coppa Italia semifinals, we will see AC Milan and Inter fighting. Who will be stronger in this derby? Check the teams’ conditions and expert betting tips. Several betting options are available!

Milan has disappointed their fans in the two rounds of Serie A, first failing to beat Salernitana (2:2) and then Udinese (1:1). Such losses are simply unacceptable since the team is fighting for the Scudetto. Since the opponents top the standings and make mistakes in the previous rounds, the Rossoneri have 57 points. They are inferior to Napoli in the statistics of face-to-face encounters.

AC Milan outplayed Genoa (3:1, extra time) and met with Lazio in the quarterfinals. It seemed that the Romans would put up a fight, but in fact, Stefano Pioli's charges didn't even put any effort to win (4:0).

Inter also failed in the last rounds. If the draw with Napoli (1-1) can be considered a good result, the loss to Sassuolo (0:2) and the tie with Genoa (0:0) - a nightmare. The Nerazzurri exchanged first place in the standings for the third and 55 points. Still, they have a match in reserve, so the team has all the chances for a second title.

As for the previous stages of the Coppa, Inter beat Empoli (3:2) after extra time and also got quite a confident 2:0 victory over Roma.

We will not risk preferring anyone. The opponents met less than a month ago and had a fiery match - AC Milan won voluntarily and the total over worked out. In five of the last six Milan derbies, both clubs have scored - we think this encounter will be no exception. All the more, they have to recover after their setbacks in the championship, and what could be better than to beat the main adversary? We are waiting for regular-time entertainment with lots of goals! Prediction: both teams will score.