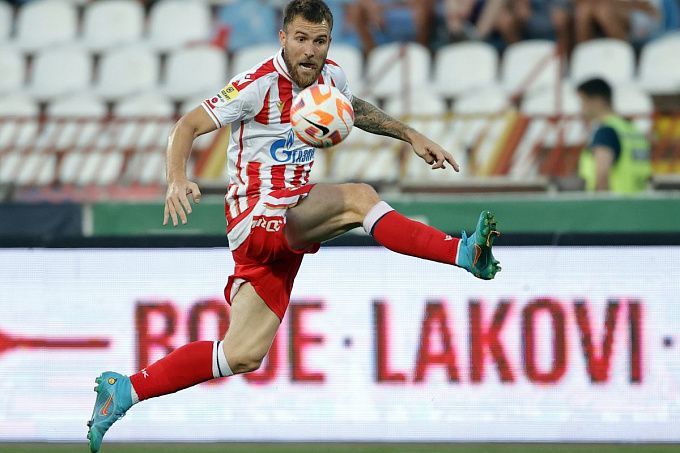 The reigning Serbian champion Crvena Zvezda will play the first away match in the current championship against Mladost. Will the club from Belgrade extend their winning streak?

Last season Mladost finished only 11th in the Serbian championship, only 4 points separated them from the relegation zone. The start of the current championship was difficult: the club from Lucani took only 1 point in 2 rounds. The team has problems in the attack: on average they have only 5,5 shots on goal. Last round, Mladost lost on the road to Radnicki 1923, 0-1. The game turned out to be uneventful, with Dragiša Žunić's players trying to create something in the open space. After the scored goal the opponent was close to doubling the lead, but several times missed from excellent positions.

Crvena Zvezda intends to defend the title this season, and its transfer policy only confirms it. The club from Belgrade has signed three high quality forwards: Osman Bukari spent a year at French Nantes, the experienced Aleksandar Pesic was one of the top scorers in the Turkish Super League, while 19-year old Stefan Mitrovic scored 10 goals last season. The start of the Serbian SuperLiga has only confirmed the ambitions of the Red-Whites: in two rounds they won two games with a goal difference of 9-0, and the leader of the scoring race is Milan Pavkov. In the last game, Pavkov scored a double, while Crvena Zvezda defeated Kolubara 5-0.

Crvena Zvezda has beaten Mladost 12 times in a row in the Serbian SuperLiga. Last season, the club from Belgrade won 4-1 on the road, while the home victory was more modest, 1-0.

Crvena Zvezda at the start of the season is very difficult to stop, and just this week the club strengthened the roster. Two resounding victories inspire a sea of optimism, and the reigning champion will continue to sweep away everything in their path. Mladost is a convenient opponent for the club from Belgrade, and the start of the championship for the hosts is not very good so far, both in terms of play and in terms of results. I suggest betting on the following outcomes: