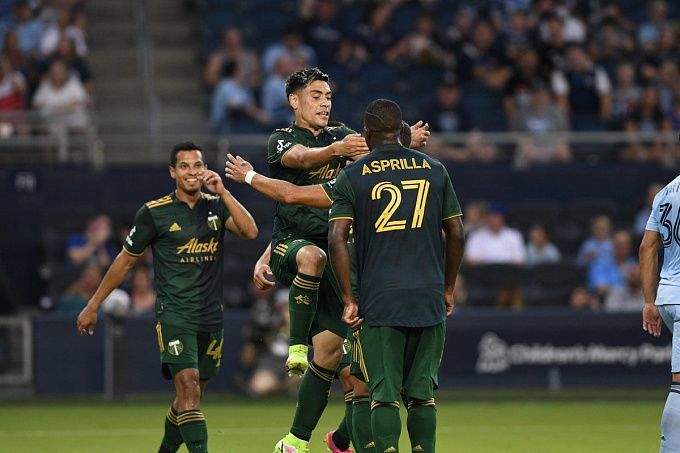 The 5th match day of Ligue 1 starts with 6 teams without a win, including Saint-Étienne. Last season, the Greens already beat Montpellier on the road. Will they be able to duplicate the success?

Great changes in Montpellier began even before the start of the season. MHSC, in fact, exchanged coaches with Stade Brestois 29. Although under the guidance of Michel Der Zakarian, La Paillade firmly held the middle table side and even claimed to qualify for any European competition. The departure of two key offensive players at once can be a serious problem for Montpellier: Andy Delort left for Nice, and Gaëtan Laborde will continue his career in Rennes, even Petar Škuletić left. And the only attacking player was Stephy Mavididi, who scored 9 goals in the French championship shortly before the transfer window closed. Valère Germain became the main purchase; however, his performance in Marseille wasn’t so remarkable. And Nicholas Gioacchini plays on loan from Caen. Both Pedro Mendes and Jonas Omlin are still in the treatment room. Junior Sambia was disqualified due to expulsion on the last matchday. As for Florent Mollet, he will serve a suspension.

In four match days of Ligue 1, Olivier Dall'Oglio’s team gained 1 win and 2 losses. Before the international break, Montpellier lost to Lille (1:2) on the road. During the match, La Paillade fashioned 6 shots on target, and 4 of them were outside the penalty area. In fact, the team set up 1 real goal-scoring opportunity, converted by Laborde. Meanwhile, the opponent could have scored 4 or 5 goals. To put it in a nutshell, Montpellier’s fans have plenty of reasons for concern.

This season in Ligue 1, Saint-Étienne's form is poor overall with 0 wins, 3 draws. This performance currently places The Greens 16th. Last season they were not that far from the relegation zone for some time. It is against this background that the club is alarmingly passive on the transfer market. However, Saint-Étienne have signed much-needed striker Ignacio Ramírez. He passed the 20 goals mark in the Uruguayan championship for two seasons in a row. And this year he scored 11 times in 10 matches. As for this outing against Montpellier, Aïmen Moueffek is still injured, and Saïdou Sow is likely to stay quarantined.

In the last matchday Saint-Étienne lost to Marseille (1-3). In terms of goalscoring moments, the opponent looked much better, however, Claude Puel’s men could have changed the course of the game. With a score of 1-2, Denis Bouanga missed a chance to score in the 65th minute. Closer to the final whistle, Romain Hamouma missed from the goal-area line and could not cut the lead.

In 10 head-to-heads within Ligue 1, Montpellier beat Saint-Étienne 5 times, suffering 3 losses. However, The Greens had the upper hand: Claude Puel’s team won 2:1 away. Montpellier made 11 shots against Saint-Étienne’s 19 goal attempts. For the record, the away team could have scored the 3rd goal in the end: Wahbi Khazri did not convert an opportunity.

Important facts about this match

Montpellier had 3 wins and 3 losses in 10 home games

Montpellier is bad at defense. Moreover, the departure of two key players won’t make it easy to rearrange the offense off the reel. In the last matchday, La Paillade looked powerless against unstable Lille. Meanwhile, Saint-Étienne could have scored 2 or 3 goals against Marseille. The Greens are more gelled together, and the possible debut of Ignacio Ramírez would only strengthen the road team. We predict the following outcomes: