Mumbai City vs Air Force Club: Victory for the Iraq based team 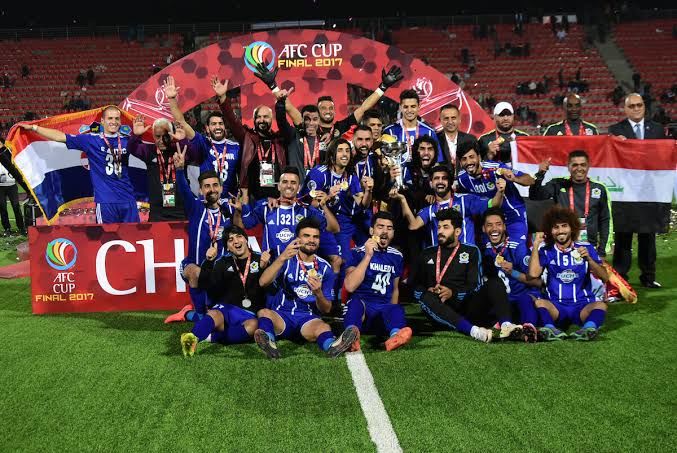 The Iraq based team will lock horns with Mumbai City at the King Fahd International Stadium on Tuesday night. Quwa Al Jawiya could still qualify as the best loser while the Indian based team would try their luck and see if a miracle could happen here.

With four points in the last five matches, Mumbai City will try again next season as their hope of progressing to the round of 16 was dashed after a (6-0) defeat in the hands of Al Shabab on matchday 5.

Mumbai City will be glad about their performance in the competition and best believe they will be back stronger next season.

They have won once, lost three times and a draw in the last five matches, they have also scored two goals and conceded eleven in those matches.

The Iraqi based team have already secured the second spot on the log but need this match to boost their chance of qualifying as the best loser, their goal difference is better than the other two teams below them.

After a hard-fought win against Al Jazira Club on matchday 5, they assumed the second position with seven points and six points behind the table topper Al Shabab Ksa.

They have won twice, drawn once and lost twice in the last five matches, they have also scored the second-most goals (7) and conceded nine.

Both teams have met once on matchday 2 and it was Mumbai City who shocked the world with one of the greatest surprises in the competition this year, they came back from one goal down to stunned Air Force Club.

This is like a revenge match and also an important match for Air Force Club, a win here could change everything for them, bet on Air Force Club win and over 1.5 for 1.60.

We are expecting goals in this encounter, bet on the first half over 1.5 for 2.56.

Air Force Club to score in both halves won't be bad for 2.20.