Content
To top
1.
Nacional Potosi - Have Much on the Line (WLWLW)
2.
Always Ready - Still in the Race for Qualification (WLWDW)
3.
Expert Betting Tips
Users' Choice
2116 200 USD 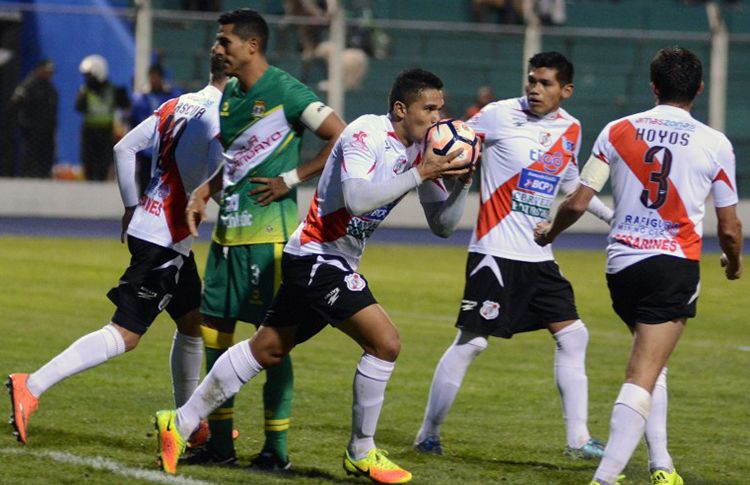 In the upcoming fixture of the Bolivian Primera Divsion, Nacional Potosi will take on Always Ready at the Estadio Victor Agustin Ugarte in Potosi. There’s no doubt that Always Ready and Nacional Potosi are among the top teams of the contest. According to the standings of today, Always Ready stands 3rd with 11 wins and 35 points from 15 games played. Nacional Potosi stands 4th with 9 wins and 28 points from 16 games played in the contest so far. When the last time these two sides played against each other, Always Ready won 2-1. Going in the upcoming fixture both sides are coming off a win from their previous game, geting the right momentum before the all important clash.

Nacional Potosi - Have Much on the Line (WLWLW)

With 28 points under the belt, Nacional Potosi stands no such realistic chances of making it in the next phase of play. However, they have risen to the opportunity and have shown that thye are among the top 5 teams of the Bolivia Primera Division. In the last game, Nacional Potosi managed to win over Aurora (1-5) in which Diego Navarro, Tommy Tobar Reyes, Cristian Alvarez, Luis Pavia, and Daniel Mancilla scored goals throughout the game of play. With a goal scoring average of 2 goals per game, Nacional Potosi will lead the stats in the goal scoring department.

Always Ready - Still in the Race for Qualification (WLWDW)

After getting displaced from the second spot in the table standings, Always Ready couldnt achieve much and regain the top spot in teh competition. Going in the game, Always Ready will look to make most out of its remaining matches in the ongoing Bolivar Primera Division. In the last game, Always Ready managed to sweep a win over Guabira (2-1) in which Marcos Riquelme scored back to back goals. Samuel Galindo was also issued a yellow card followed by a card one. With a goal scoring average of 1.6 goals per game in the last 5 games, Always Ready will look to take on the hosts and win.

Going in the contest, Always Ready will be the favorite to win and bag three important win points. Always Ready hasn’t lost to Nacional Potosi in their last 6 meetings, making the upcoming contest more thrilling. The game total is expected to be over 2.5 and both teams to score a goal.