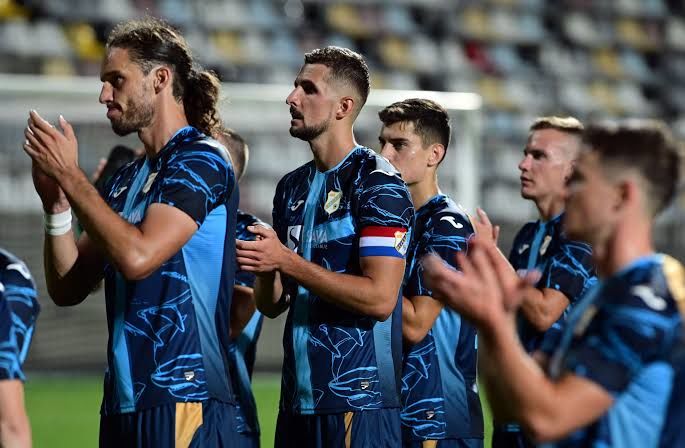 As they begin their fourth matchday in the Croatian championship league against NK Lokomotiva Zagreb, their elimination from the European Conference League is still a relatively fresh sore for them. They are underdogs this time for a variety of reasons, including a lack of concentration and fatigue from competing against Djurgardens and they are expected to fall short.

Looking to get back to winning ways, the hosts witnessed a minor setback in their recent match on the road when they lost 2-1 against Sibenik, a match they could've won easily on the dot.

Sandro Kulenovíc found the back of the net in the 83rd minute as compensation, but time wasn't on their side for them to find an equaliser to hold Sibenik to a draw. As such, they moved down to 7th place in the standings.

They currently have a record of one win and two losses, but they could level things out if they defeat Rijeka. They won't undercut the visitors the way they did with Sibenik, even though it won't be as simple as they had hoped.

Their last meeting against Rijeka saw them outwit the visitors to a 1-0 victory and that could be their driving force needed to repeat another similar result this time around.

It was a setback for them that left them absolutely demoralized as they were eliminated by Djurgarden in the second leg of the Europa Conference League second qualifying round by a score of 2-0.

They subsequently moved on to the championship league, where they encountered yet another impasse after being held to a 1-1 draw against HNK Gorica at home after failing to protect their one-goal lead when the visitors scored through Kalik's goal in the 77th minute.

Placed in a respectable third position, they have bagged themselves 4 points from a win and a draw in their last two matches played.

Unfortunately, Lokomotiva Zagreb cannot simply ignore their defensive deficiencies at the moment because they have allowed six goals in their last three games, which makes it pretty clear that they are having problems at the back.

Rijeka is a team that is hellbent on giving away corners and is not one to bag in many corners when playing, as contrast to Lokomotiva Zagreb, who bag in corners by large margins. However, this should be a tight game, an under 9.5 corners for the pick.

For the second selection; although I don't anticipate many goals in this game, both teams to score (no) should come through as well. Under 2.5 should work as a good third option.