Nottingham Forest vs Arsenal: Bet on Arsenal to win 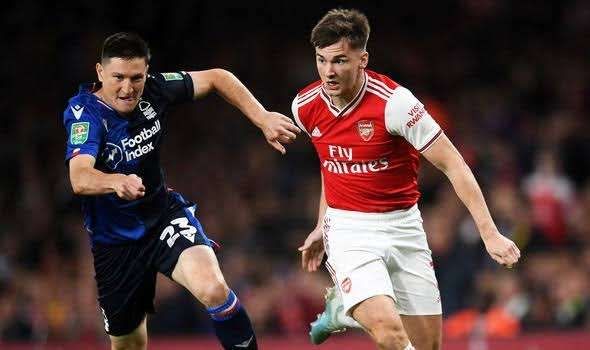 Both teams meet again in this tournament after a dramatic result that saw the home team thrash Arsenal 4-2. Will history repeat itself?

The championship side are 9th on the log with thirty-four points in twenty-five matches.

They have had some good run of games before the back to back defeat against Middlesbrough and Huddersfield which ended in 2-0 and 1-0 respectively.

The two-time winner of the cup will seek strength from their decent home performances having lost just once in six matches on their home ground.

Arteta's men are the most successful team in this competition. They have won the trophy fourteen times and will hope to make it fifteen when they play Nottingham Forest away from home.

The gunners are coming into this match after suffering a defeat at the Emirates against a solid Manchester City side. Though it was believed that they were robbed by the official, well, it ended in a 1-2 defeat.

With the departure of Thomas Partey and Aubameyang , Arsenal are short in midfield but that will not stop them from seeing off the home team

Arsenal played well against Manchester City and can fetch some confidence from the match and pull a high score in this game.

Nottingham Forest are the underdog here but can not be written off as we have seen in the match between Newcastle vs Cambridge United.

One thing I love about this tournament is that surprises are bound to happen.