Nova Iguacu vs Volta Redonda Prediction: Expect a Thrilling Start to the Competition 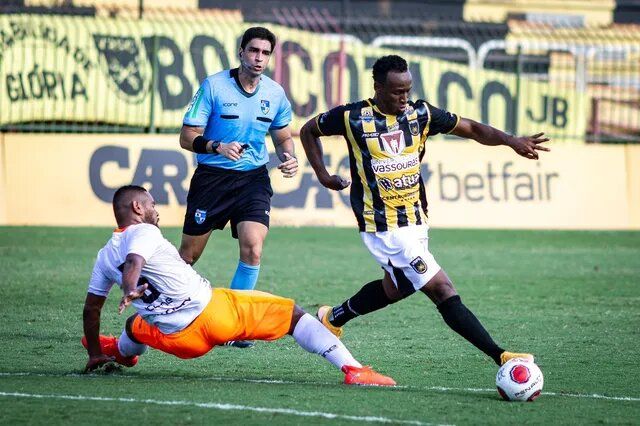 In the upcoming opening fixture of the Carioca Serie A, we have Nova Iguacu taking on Volta Redonda at the Estádio Jânio Moraes in Nova Iguacu. With Nova Iguacu playing at home, we will be seeing local heroes in action and a competitive action. Comparing the two sides, the last time these two played against each other, Nova Iguacu won 2-3, in which Everton Yan and Samuel were the top goal scorers. This year’s Serie A competition will be a tricky one for the two sides, as Flamengo and Fluminense will be among the top favorites to win.

After losing to Americano Resende in the Round of 16 on aggregate scoreline of (2-4), Nova Iguacu have lot to learn and carry forward. After a break of almost 6 months, Nova Iguacu will be in action, and that too at its home turf. Talking about the goal scoring rate and other statistics, Nova Iguacu has scored 8 goals in its last 5 matches, averaging around 1.6 goals per game. If the home side propels with the same goal scoring rate and attacking mindset it could easily sweep a win against Volta Redonda.

In the previous season, Volta Redonda was unable to get up to the task and perform exceptionally. Volta Redonda lost to Botafogo SP (1-2), in which Pedrinho was only able to score a goal and perform out of the blue for his side. For today’s game against Nova Iguacu, Volta Redonda will need to strike at an average of at least 2 goals to sweep a win. However, its goal scoring average has been clicking around 1.2 goals per game.