Olympique de Marseille vs Montpellier: Betting on the Total Over 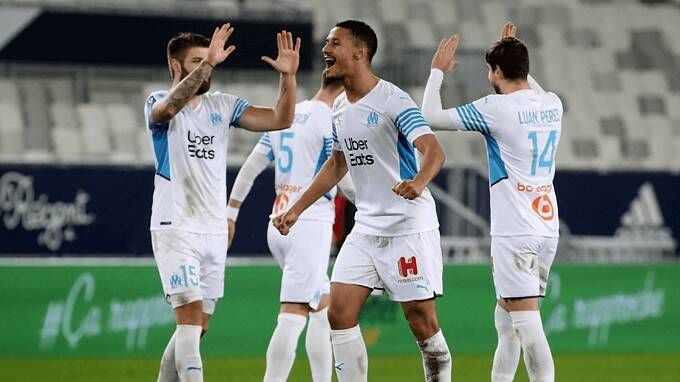 Prediction for Coupe de France Marseille vs Montpellier match, which will take place on January 29 at 23:00. Check the teams’ conditions and expert betting tips. Several betting options are available!

Marseille intends to tear into the Champions League this season. After 21 games in the French championship, the team occupies third place in the standings with 40 points, just two behind second-placed Nice, having a meeting in reserve. In the last eight matches, the Provençal have not lost - six wins and two draws. One draw, by the way, was in the round before last when Marseille and Lille played out 1-1. Then the team managed to beat Lans 2:0. In the French Cup, Marseille defeated clubs Cannet Rocheville (4:1) and Chauvigny (3:0).

Montpellier also sets grandiose plans for this campaign. At least the team is going to make it to the Conference League because after 22 rounds they are in sixth place in the table with 34 points. Montpellier also looks very good recently - seven wins in nine games. La Paillade has lately lost to Strasbourg (1:3) and Troyes (0:1). They managed to work on their mistakes in the last match and beat Monaco 3:2. In the previous stages of the French Cup, Montpellier defeated Andrezieux (1:0) and Strasbourg (1:0).

Both teams have been showing very decent playing, and they are probably going to make the quarterfinals of the French Cup. Despite Marseille being the favourite, Montpellier should not be neglected. Let's not get into the outcome and note that in the last three head-to-head meetings between these teams, we saw at least four goals each. Now there's no reason for our opponents to break that streak. We propose to bet on a regular total. Prediction: a total over (2.5).