Orlando Pirates vs Supersport United: The Buccaneers wont loss two matches in a row , they wont lose this encounter 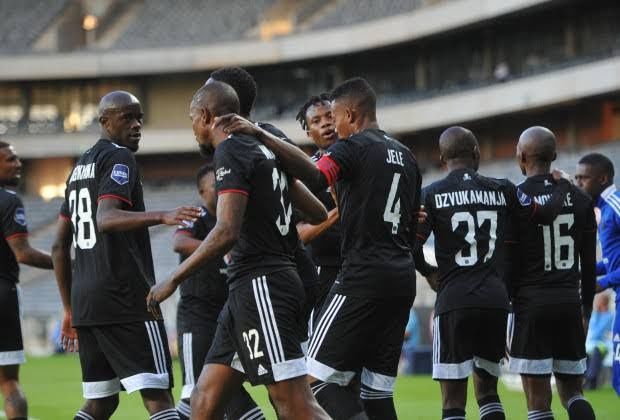 South Africa Premier League continues as the Buccaneers play host to Supersport United in game week 23. Both teams are giants in the league but the fortunate team will walk away with the points, who will that be?

The Buccaneers head into this match after a defeat against their archrival in game week 22 and coach Mandla Ncikazi needs to devise means to get back to winning ways as quickly as possible.

They stumbled to a setback against Kaizer Chiefs at home. The away team took the lead in the 18th minute courtesy of Reeve Frosler, in the 54th minute, Kwame Peprah gave the home team hope when he levelled for his team before Eric Mathoho ensured Kaizer chief snatched all the points at the Orlando Stadium as the match finished 1-2.

They need to put in a nice performance against Supersport United to get their desired result after three matches without a win.

The Swanky boys have been inconsistent this season with 29 points from a possible 60 points though with two matches in hand they can still leapfrog the home team.

More recently, they conquered Amazulu in front of the home fans when J.Donn and Rayners scored to hand them all the points.

Away from home this season, they have drawn six, won two and lost two scorings eleven goals and conceded ten in that process.

In the last eight meetings in the premier league, Orlando Pirates have won three times, Supersport won twice and three have ended in a draw.

Orlando Pirates are a top team and I can't see them losing two matches in a row, moreover, the home team always win in this encounter, bet on the home team to win for 1.78.

Prior matches between Orlando Pirates and SuperSport United have averaged 2.63 goals while both teams' score has happened 63% of the time, bet on BTTS for 2.20.

The home team head into this match fully motivated after a win in the Confederation Cup and might unleash anger on the away team, bet on a first half win for 2.50.


Tags:
Rating:
0
Comments (1)
Adam Wood Betmaster
User
Today is not a good day but tomorrow will be better
0