Osasuna vs Sevilla Prediction: the Visitors Woke Up and Chose Win 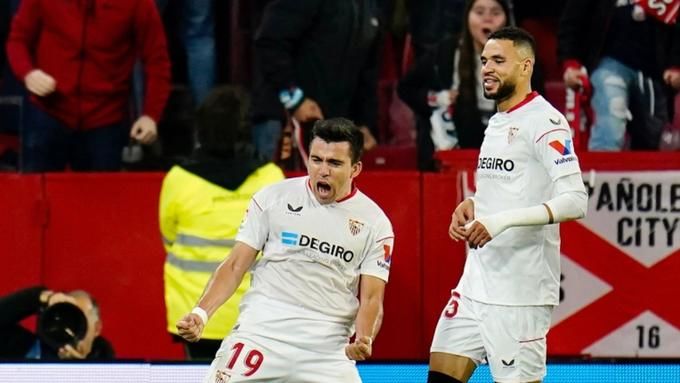 Prediction for the Copa del Rey Osasuna vs Sevilla match, which will take place on January 25th. Who will turn out to be stronger? Check the team conditions! Several betting options are available.

After the break, Osasuna failed only once, to Real Sociedad in La Liga. In the Copa del Rey, they won over Arnedo, Gimnastic and Betis. In La Liga, Osasuna is in seventh place, competing for a UEFA Cups place,three points behind Atletico Madrid. Overall, Osasuna is having a solid season. More over, they are a formidable opponent, especially at home, having six wins in nine games. Note that not one of the last six matches of Osasuna ended up with TO (2.5).

Sevilla failed this La Liga. After 18 rounds, they are 15th. But before the last round the tean was in the relegation zone. Only due to the derby victory over Cadiz the visitors broke out of the bottom three. However, their ambitions are still there. After the failure in the championship all the efforts are aimed at the Copa del Rey as it is a chance to save the season and cling to the Cups. By the way, after the break, Sevilla, just like Osasuna, lost only once, away to Girona 1:2. The last two matches of Sevilla were under, and they did not concede even once.

The quarterfinals are the high stage. Sure, every team that makes it secretly starts to think about the trophy. To be honest, we do not believe that Osasuna can take it, but Sevilla will cling to the second most important tournament in Spane. We are on the visitors' side. Osasuna is dangerous at home, but Sevilla came out of anabiosis, bothered by the Cup. In fact, winning it is the salvation for them, because few people doubt that Sevilla will retain their place in the elite. Also, we doubt that the game, so important for both teams, will end productively. We will not be surprised by the a draw, for example, 1:1.