Paraguay vs Brazil: Brazilians pick up their sixth consecutive victory in the 2022 World Cup qualifiers Paraguay 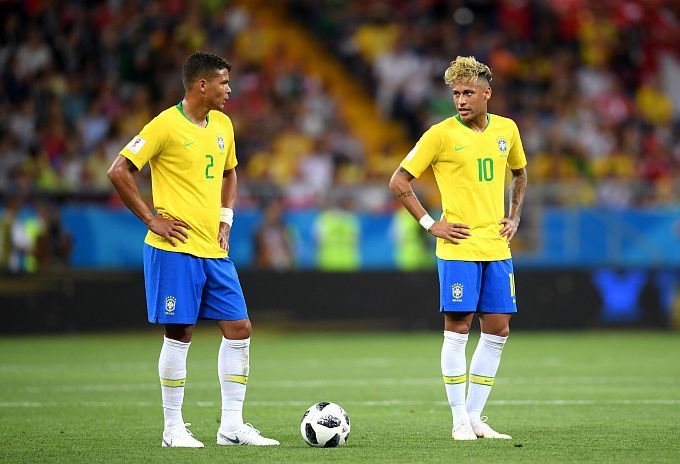 Paraguay and Brazil have yet to suffer a loss in their World Cup 2022 qualifiers. Will one of the opponents break the streak at the end of the upcoming battle or a draw will be recorded? Our prediction: the Brazilians will beat the Paraguayans!

Paraguay last qualified for the World Cup back in 2010, but they made it to the quarterfinals right away, but then had a tough time of it. Now the Paraguayans have a good chance to qualify for the 2022 World Cup, as they have started the qualifying tournament very well. In the five initial meetings «red and white» have not suffered a single defeat, but they have won exactly one, and that over Venezuela, which has serious game difficulties - 1:0, and in the remaining four meetings Paraguayans played a draw. All this does not prevent the team of Eduardo Berizzo to be on the fourth line in the standings.

The Brazilian national team is the only team in the qualifying tournament for the 2022 World Cup, which conducts it flawlessly. Five games - five victories. During this period, Tite's men managed to beat Bolivia, Peru, Venezuela, Uruguay, and Ecuador by a combined score of 14-2. A crazy indicator that shows not only that the Brazilians will certainly qualify for the World Cup in Qatar, but also that they will be among the main favorites in the tournament. The five times champions are currently showing very productive, high-quality, and bright soccer that manages to combine good results with entertainment. Of course, the Brazilians are leading in the standings for the 2022 World Cup.

Paraguay and Brazil have never lost a World Cup 2022 qualifier, but the Paraguayans have only one win and four draws, while the Brazilians have won all five of their matches. This fact alone is enough to consider Tite's wards the favorites in the upcoming battle, and if we also compare the level of the players, there cannot be two opinions. As a result, we are forced to bet on the victory of Brazil’s team with a handicap (-1,5) at odds of about 3.80.

The Brazilian team is the best South American team in qualifying for the 2022 World Cup, and this applies not only to the number of points scored but also to the reliability of the defense. In five drawn meetings Tite's charges have allowed his rivals to hit the gate only twice (0.40 on average per game), with it happened in the victorious match against Peru - 4-2, and in the remaining four meetings the five-time champions left their goal «dry». The «red-whites» is not the most powerful attack to worsen the statistics of the Brazilians, so it is worth looking at the bet on the individual total of Paraguay less than 0.5 goals at odds close to 1.90.

Richarlison has spent four seasons in the English Premier League, although he is still only 24 years old, so he should be expected to continue his steady development, but in fact, he produced a very modest output last season, scoring only seven goals and four assists. Fortunately, for the Brazilian national team, he continues to show an excellent game, and in the five initial meetings, he scored three goals. The young Brazilian scored in the last match against Ecuador, which confirms his excellent form, so it is worth looking at a bet on Richarlison's goal with odds of about 2.90.