Paraguay vs Venezuela: The White and Red to pick up three points against the underdog 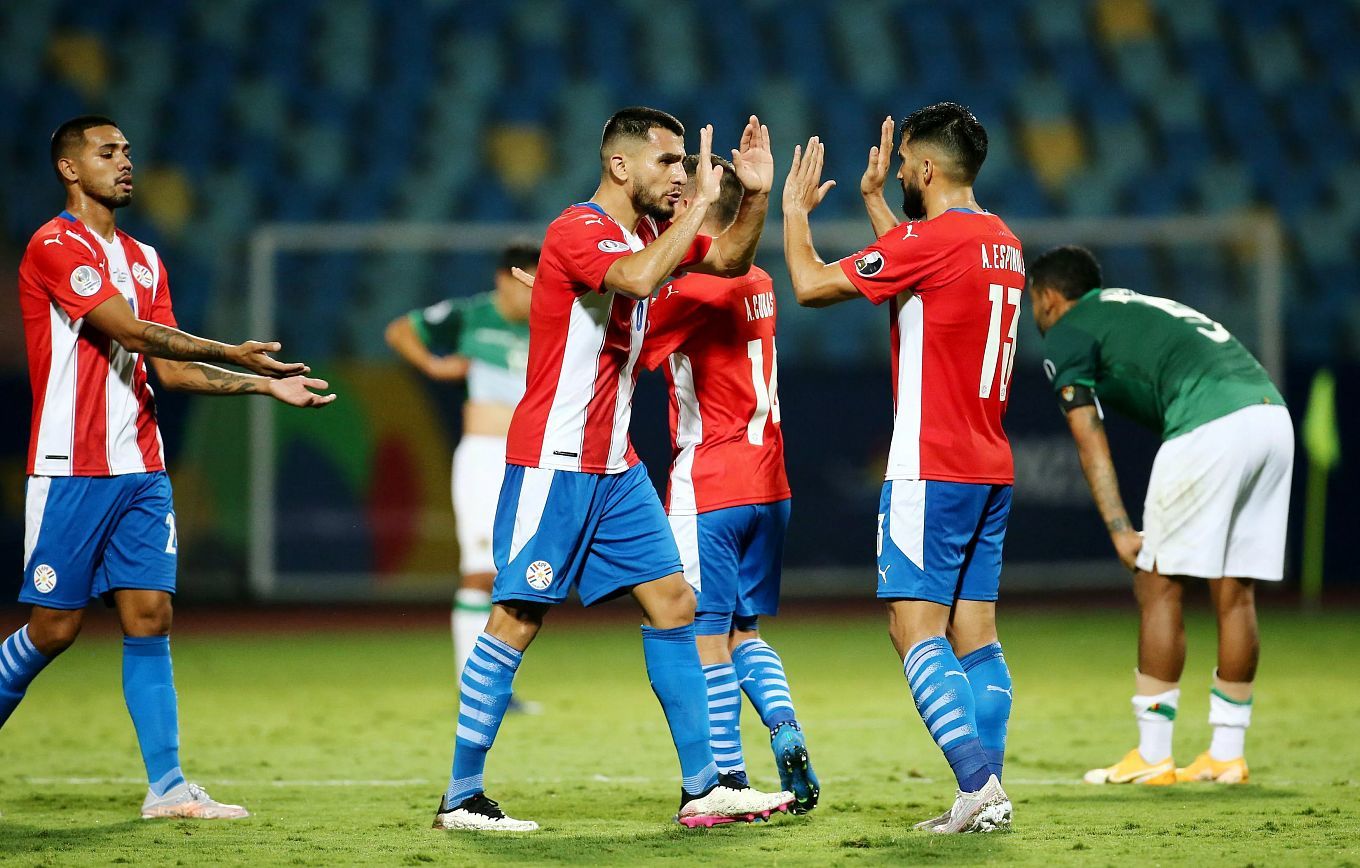 The Paraguayan national team has lost their last two meetings at home to Venezuela. Can the Red and White manage to pull off a win this time around? We predict that Eduardo Berizzo’s side will be the closer to victory!

The Paraguayan national team keeps fighting for a trip to the World Cup, where they had not played since 2010 when they sensationally reached the quarterfinals. The White and Red have again failed to shine in the current qualifying tournament while also avoiding a slump. They have suffered just two defeats in eight meetings, won only once, and settled for a draw in the remaining five meetings, including last time round’s tie with Colombia. This allows Paraguay to sit in sixth place in the standings, two points behind the fifth place, which sends them into the knockout phase.

The national team of Venezuela is the undisputed outsider of the current qualifying tournament. They only managed to achieve the only victory in the fourth round, beating the Chilean national team 2-1 on their field. Once again, they were able to get a draw against Uruguay - 0-0, and they suffered only defeats in all the remaining six meetings, due to which they sit in the last place in the standings. The September encounters for Leonardo González Antequera’s charges were traditionally unsuccessful, as they ended in defeats to Argentina and Peru 1-3 and 0-1, respectively.

History of head-to-head encounters between Paraguay and Venezuela

Over the past, the teams have played 22 face-to-face meetings between them. The Paraguayans have won 13 games. The Venezuelans have been stronger in four and drawn five more. The goal difference also favours the Red and Whites, 41-22. The last time they met in the first round of the current qualifying tournament, the Paraguayan side won 1-0.

We are now almost halfway through qualifying for the World Cup 2022, but we can already see who will earnestly contend for a trip to Qatar and who is the underdog. The Paraguayan team is currently in sixth place, two points behind the cherished fifth position, so they are still in the game, while Venezuela have settled in the bottom of the standings, not looking to meet significant challenges. Moreover, in their 22-match history, they have only managed to win four times (18%). Therefore, Paraguay should win with a handicap (-1.5) at odds of around 2.87.

Paraguay and Venezuela have low-scoring records. In the last six head-to-head encounters, the opponents have combined for only seven goals (1.17 average per game), which is extremely low, while not once in the given interval more than two goals were scored. And now we should not expect the opponents to have any fun. Venezuela look good defensively, and Paraguay will only need to take three points from their opponents pragmatically. You can bet on Total Under 2.5 goals at odds close to 1.66.

Antonio Sanabria is Eduardo Berizzo’s first choice for the centre-forward position. Yes, the 25-year-old is not known for his crazy stats, as he set his record for output six years ago while playing for Sporting Gijon when he scored 11 goals. In 14 games with Torino last season, he scored five goals, which is not bad by his standards. So it is worth looking at a bet on Antonio Sanabria’s goal with odds of about 3.00.