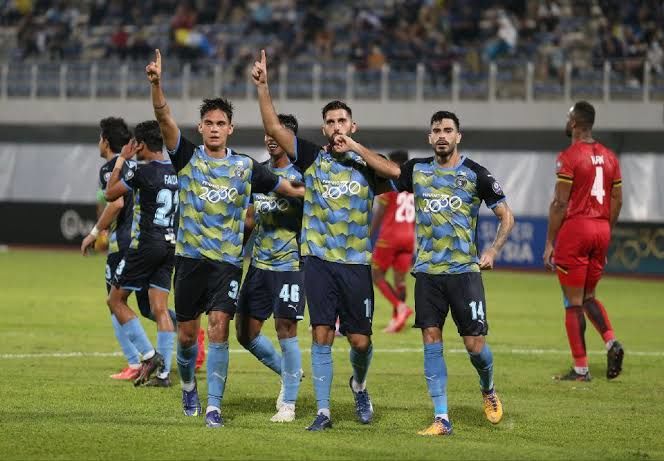 Two determined teams will face off against one another in an endeavour to eke out a victory and take three points on their 17th matchday of the Super League.

Will there be enough room in the City Stadium Penang for two champions to triumph?

Poor decision-making in their most recent games is by no means the best way to explain their recent decline in form, which has left them stuck in 12th place in the standings with 13 points after 16 games played, displaying a pretty patchy performance.

The hosts were defeated by Negeri Sembilan, losing 3-2 on the road, which was somewhat predicted as they failed to salvage a point in a game where they could have made a significant improvement in their failing form by getting back to winning ways.

They have gone five Super League games without a victory due to their inconsistent play, losing all five games without accumulating a single point. They have only ever achieved one victory, which came against Terengganu in June, with a final score of 2-1. Since then, they have gone winless.

Unfortunately, they were denied the chance to advance to the Malaysian FA Cup final as they lost 6-1 to Johor Darul Ta'zim in the semifinals, ending any hopes they had of winning the trophy (assuming they were to triumph in the finals) following a spotless run through all of their games in the competition.

With their form slowly starting to pick up pace, as evidenced in their recent matches, the visitors have surely proved everybody wrong as they are leaving their imprint against all opponents they come across in the Super League.

Whether it was a mistake by the defense or anything else that could have excused Melaka United's lack of concentration in the crucial minutes of the game, it didn't matter to them because they were able to salvage a point after falling behind by two goals and holding Melaka United to a 2-2 draw in a thrilling comeback.

It's remarkable to see them move up the table to fifth place with 18 points after going unbeaten in their last four games considering they were ranked 11th not long ago. A completely different team that has completely recovered from their lackluster performance.

The fact that they have accumulated 10 points in their past five games while only suffering one loss—to Terengganu FC on the road—indicates that whatever has them motivated is clearly working in their favor.

Since they are only three points away from unseating Terengganu FC in fourth place, there are a lot of expectations surrounding them, and it's quite likely that they will succeed if they continue their great play.

A strong response is what they'll need if they want to succeed, and taking revenge against Pahang FC, who happened to beat them in their previous match in the Malaysian FA Cup quarterfinals by a score of 5-2, will be important.

In the previous eight meetings, Penang prevailed four times, Sri Pahang three times, and one match ended in a draw.

Penang FC, who are currently in dismal form and wallowing in a sinking boat, did quite a number on the visitors last time out by winning 5-2, and ideally this could be a turn for the better as they could replicate the same result and bounce back to winning ways.

In their most recent games, Sri Pahang have been quite dominant. This sudden turnaround in their performance has moved them up to fifth place in the standings from their previous season's finish of tenth. Surely this has something to do with their ability to finish in a lot more respectable position this season.

They will be trying to exact revenge on the hosts after they outperformed them in the Malaysian FA Cup, losing 5-2. Thinking back on that result will energize them or even better, inspire them to pull off a victory away from home.

Three goals or more can be observed here, and both sides will undoubtedly get on the score sheet, that is, if they play to their highest levels. An open match that will leave their defense unguarded is anticipated when these two sides clash.