Petaling Jaya CFC vs Sabah Prediction: The Goals of This Encounter Must Not Be Overlooked. 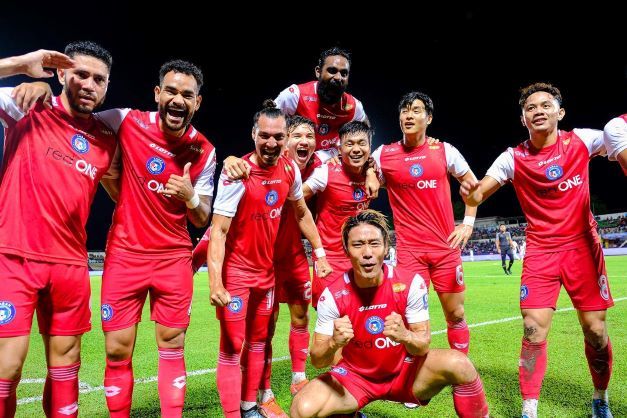 After being knocked out of the Malaysian FA Cup quarter-finals by Selangor 2-0 at home, the visitors are back in action with round 13 of their Malaysian Super League campaign, and a victory against the hosts could see them correct their error that cost them progression into the FA Cup semi-finals.

The hosts' winless streak is far from over, as they recently drew another match against Melaka United. With home advantage, can we expect them to end their winless streak, or will the situation worsen?

Putting up a valiant fight, the hosts were held to a 2-2 draw against Melaka United, dropping them to ninth place in the league standings.

It's been a slow process for them, with four draws in their last five matches and no wins; while this may appear to be progressive, it's simply not changing their situation, and a win may be their only option for redemption.

With 11 matches played, the Phoenix have only two wins and five draws, and things are not looking good for them as they slowly deteriorate and fall to tenth place.

If they fail to get more than a draw from Sabah, it is possible that they will be ousted from their position if Sarawak United wins their match against Johor Darul Ta'zim.

It was nearly impossible for them to accept a 2-0 loss against Selangor in the Malaysian FA Cup quarter finals to knock them out of the competition, but their fate had already been decided when the second goal crashed in the 88th minute.

Chasing the Malaysian FA Cup may appear to be over, but they still have something to fight for in a completely new chapter, and that's the league trophy, and with them occupying second place only four points behind first place JDT, covering the gap shouldn't be a problem.

Their most recent league match was against Terengganu, which they won 2-1 after trailing by one goal, and this has resulted in them winning three games in their last five matches, losing one and drawing one, putting them in a stable position.

By focusing on their match against the hosts, who have failed to win in their last five matches, they could make amends for their mistake against Selangor by claiming a comfortable win.

Whenever the hosts are involved in a match, a trigger of goals is always set loose, and this time we may witness another high-scoring thriller between them and Sabah.

The visitors, on the other hand, have conceded eleven goals in their last seven games and have yet to fail to score in any of them, and they should be able to do so again against the hosts.

Their last meeting resulted in a 3-1 victory for the visitors, and another victory is undoubtedly on the cards, as is backing them up for a win.

Another option that should suffice is for both teams to score, with both teams being dangerous in attack as seen in their most recent matches. And I don't see either side keeping a clean sheet on this one.