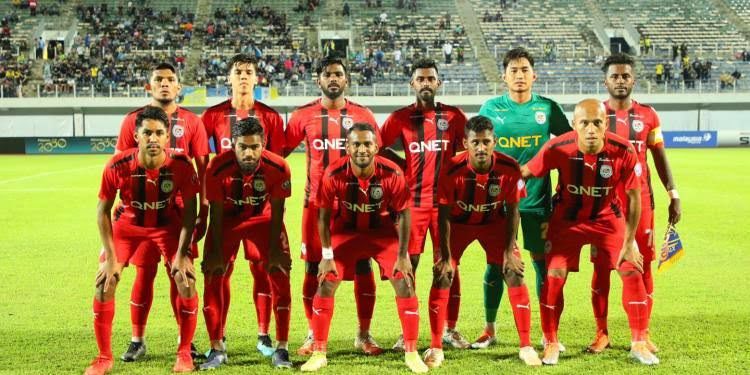 Sri Pahang is in ninth place in the standings after two straight wins at home. They will now play Petaling Jaya CFC, who have been struggling to get their third win in the Malaysian Super League.

Will Sri Pahang be able to win their third game in a row despite previous results favoring the hosts, or will they fall victim to the hosts' fury and lose?

Their former position, which was essentially a dream position for them, has been seized by Pahang as a result of their erratic performance, which has dropped them to 11th place on the table.

They have gone 10 straight games without a victory, which is not surprising given their recent results. If their form doesn't pick up, they may find themselves at the bottom of the standings, if they don't improve.

Their most recent game against Terengganu FC was among their poorest, if not their worst, performances in the Malaysian Super League thus far. Neither team had any sort of motivation, which led to their lucky break as they were able to get a point with the game concluding in a scoreless draw.

Given that they haven't won at home in four months, perhaps this time, if given the benefit of the doubt, they'll be able to triumph there and get back to winning ways.

They are in a terrific position to be in ninth place as they take on a team that hasn't won in their past 10 games; this is another very prime opportunity for them to win, this time on the road.

They had gone four games without a victory in the league, earning a draw along the way against strong team Johor Darul Ta'zim (2-2), and were in 11th place with 8 points, one point ahead of 12th place Penang FC.

After making a change in strategy, they were able to improve their standing and are now mid-table in the league following back-to-back wins at home against Selangor FC and, most recently, Kedah FC.

Sri Pahang has won one of the previous six matches, Petaling Jaya CFC has won three, and two of the remaining matches have ended in draws.

With two victories, Sri Pahang did well to regain its form and move up to ninth place. With a third victory over Petaling Jaya CFC, which has lost their last 11 games, they will be overconfident enough to surge up the standings.

For some reason, I still have the impression that Petaling Jaya CFC would be in a better position to win this game at home and put a stop to their problems.

Their performance against Terengganu FC was their worst to date because they failed to register a single shot. However, I believe that may change this time around because they will be playing at home, where they can put on a much better show in front of their fans.