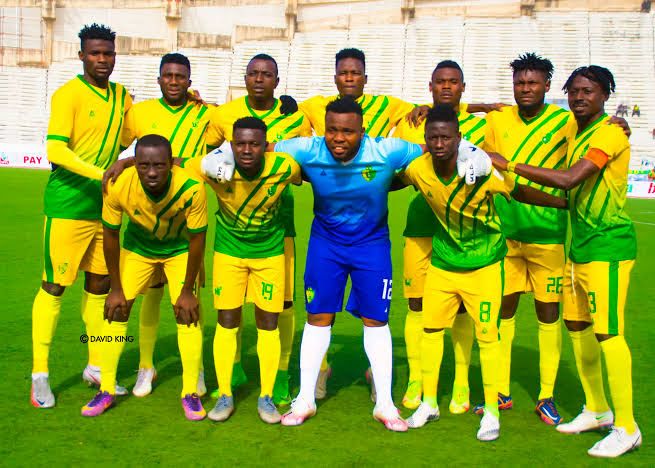 The Tin City boys will host Katsina United at the New Jos International Stadium on Saturday afternoon. Can the away team pull a surprise stunt against Plateau United?

2nd placed Plateau United are in the form of their life and will continue to keep the momentum going when they play Katsina United.

For those following the NPFL, you will agree with me that winning away from home is much tougher than any other league, but Plateau United have managed to pull that off.

Coach Fidelis is doing extremely well, nobody knows what's feeding his team but whatever it is, he should never stop.

Just one loss in fifteen matches, a draw and thirteen wins, that's massive for the Peace boys and they are going to keep that up till god knows when.

They ran riot against Dakka FC in match week 16 at home, they defeated the away team 4-1 to secure all the points.

Their last win was very vital and that could help in their pursuit of staying off the relegation zone.

They have lost all eight away matches this season and that's a terrible record, if at all you can't win at least don't lose.

They face a more motivated team and the result could be disastrous.

In the last seven matches against each other, Plateau have won three times while Katsina have recorded two wins and two ended in a draw.

Tempo is really building for Plateau United as they have now gone eight games without losing. They have won four of the last five games they have played.

The home team will play some quick high tempo games and that could affect the Katsina United teams' spirit, bet on a first-half-half win for the home team at 1.83.