Hougang United FC vs Lion City: Away team will be victorious 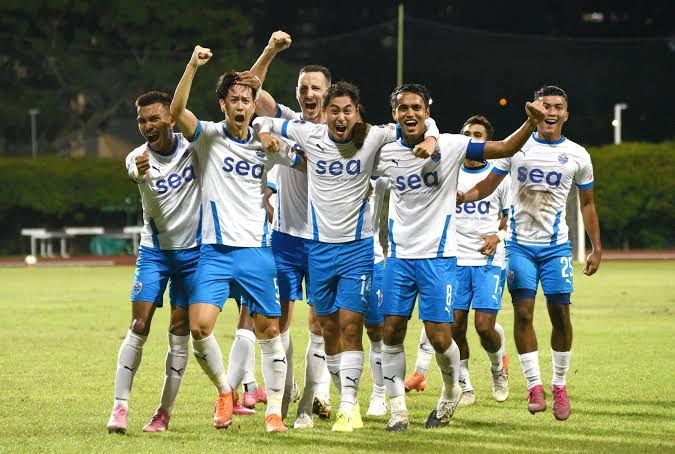 Singapore Premier League resumes action as Hougang United FC hosts defending champions at their Hougang Stadium on Friday. Lion City are back from a disappointing Continental outing and will be fully focused on retaining the league.

Hougang United Football Club have started the league this season with less ambition and have recorded two wins, two draws and three losses. They got their second win against Young Lions on matchday 7 in a match that ended in a (2-1) victory.

They have failed to keep a clean sheet in the last seven matches played this season and have conceded the second-most goals (18) this season.

The only wins they have had this season have come from home, with two wins and a draw, they remain unbeaten at home this season, however, they have picked up seven points in the last fifteen games.

Lion City are back to league activities after they failed to qualify from the group stage of the Asian AFC Championship, they were out after just seven points in all the six matches, conceding (14) goals in those matches.

They will try again next season but need to recover from that shambles performance. They defeated Tanjong Pagar (6-1) before heading for the Continental duties. Tanjong Pagar were performing perfectly well before the game but were beaten heavily by the defending champion.

They have lost once this season, winning five and drawing once, they have also conceded the fewest goals (4).

In the last twenty games played together, Lion City have won ten while Hougang United have won six and four matches have ended in a draw.

Lion City have nothing else to play for than to retain the league, they are far superior to others in the league and have recruited well this season, bet on away first half win for 1.70.

The visitors don't like conceding much, so it's going to be one-sided, we expect the away team to score over 2.5 goals for 1.65.