PSG vs Strasbourg: We expect a very confident win of the hosts 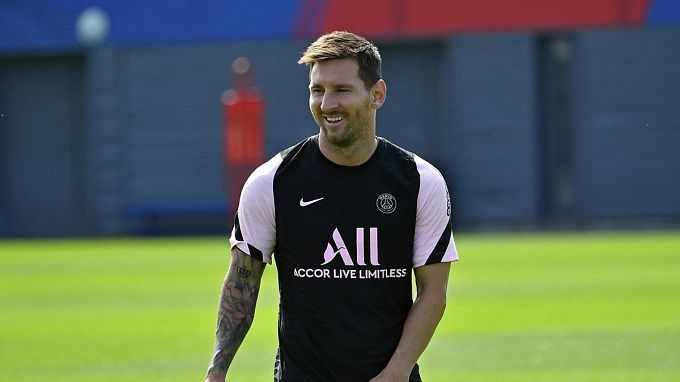 Saturday's program will wrap up with one of the most intriguing, if not central, matches of the tour. The entire football Europe is awaiting Messi's debut in Ligue 1. How will it be?

The Parisians are the headliners of this summer. Having assembled an unbelievable lineup, the Sheikhs have also signed Messi. It is not at all clear how to compete with this team, but also going against PSG will now be an extremely serious task.

In the first round, PSG beat the league newcomer Troyes (2-1). You can't say those three points came easily. Not all players have recovered from their injuries, so it was Hakimi and Icardi who had to take the lead. In addition to some big transfers to get into the team, there will be big transfers to be kicked out of it. Icardi is sitting on his suitcases and Mbappe is thinking seriously about leaving after Messi's arrival. According to the rules of financial fair-play the Parisians will have to sell someone in either way, so we are waiting for the latest news.

Everyone expects Messi to make his debut in this match, but it's unlikely the Argentine will start tearing everyone to shreds up from the first matches. Also, let's not forget about Ramos' injury. The Spaniard will not help PSG in the next round.

Strasbourg: no match for Paris.

Strasbourg started the season with a home loss to Angers and this season will probably fight only for survival. Last season the team ranked 15th, only two points away from the playoff zone.

Last season Strasbourg played relatively well in away matches, ranking 10th in this respect. With PSG things did not go well in both matches - two defeats with a final score of 1-8.

As for personnel losses, in the upcoming game Strasbourg will miss Mothiba and Sakhi. Both players are in the injured.

The teams have played 59 matches between them throughout their history. In 31 matches PSG celebrated victory, Strasbourg was better in 11 matches. There were also 17 draws. The goal difference is 87:52.

Against Strasbourg, PSG is have been playing quite well in their history. Over the past ten years, only one defeat. In the rest - confident victories at any scenario and lineup. Here it is quite possible to score a confident victory for the hosts, who will be encouraged by high-profile transfers and increased attention.

Both teams to scored: no.

With all the problems in the defense PSG is able to hold off Strasbourg, which even Angers were unable to do. Ramos is still injured, but there is Marquinhos, on whom they can rely.

The attack of the hosts is extremely good, certainly much better than Strasbourg´s. If you are looking for a bet with moderate risk, try betting on a mistake made by the visitors' defense that might not keep up with PSG's leaders in the penalty area.