Content
To top
1.
Rangers - a chance to get revenge and get back on winning track
2.
St. Mirren - visitors chances and confidence is built on their recent big wins
3.
Expert Betting Tips
Users' Choice
1622 200 USD 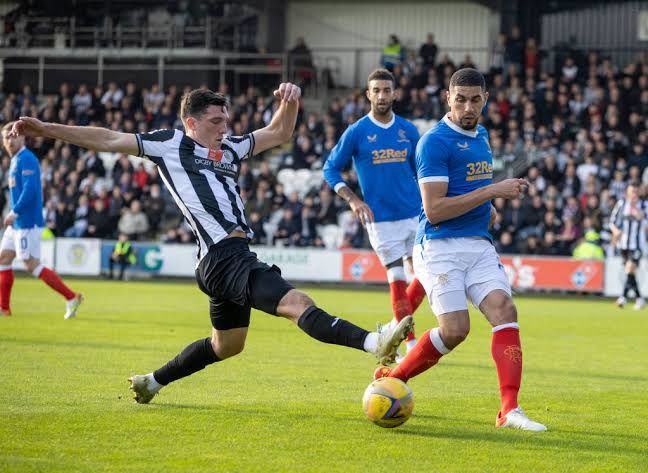 Rangers defeated Hearts 4-0 on the road last Sunday but were beaten by Liverpool FC, 2-0, at Anfield Stadium in the UEFA Champions League. St. Mirren defeated Celtic and Livingston, so they'll be confident heading into their encounter against Rangers at Ibrox Stadium, looking to make it three wins in a row.

Rangers are putting in a lot of effort this season to get back into contention for the Scottish Premiership title, and they are currently in a position where they can win it again because they are in second place. The Gers have only dropped one game in the league so far this season, and it was the Old Firm derby against Celtic. Despite this, the Gers have been dominant throughout the competition. Rangers have demonstrated that they are capable of being an attacking danger so far this season, as seen by the fact that they scored 20 goals over the campaign's first half, and this was on display last weekend when they played Hearts. The team coached by Giovanni van Bronckhorst prevailed in that contest by a score of 4-0, thanks to goals scored by Alfredo Morelos, Ryan Kent, and Antonio Colak twice. However, Rangers could not bring the same quality midweek when they faced Liverpool, and as a result, they were defeated by Liverpool 2-0; this is a result that they are now working hard to put in the past. The Gers, on the other hand, will enter this match to get back to their winning ways and ensure that they do not lose to St. Mirren in their pursuit of the Scottish Premiership title.

St. Mirren - visitors chances and confidence is built on their recent big wins

St Mirren will go into the clash after a 2-1 Premiership win against Livingston in their last outing. In that match, St Mirren managed 41% possession and eight attempts on goal with three on target. For St Mirren, the goals were scored by Keanu Baccus in the 69th minute and Alex Grieve in 90 minutes. For their opponents, Livingston got ten shots at their post, with 3 of them on target. Bruce Anderson, in 86 minutes scored for Livingston. A series of skilful displays by the St Mirren defenders has seen their ‘goals against’ tally amounting to 4 from their past six fixtures combined. Over that same period, their attack force managed to score 9. Coming into this contest, St Mirren has not registered a win against Rangers when they've played them away from home in the last 19 league games and will hope for a better result in this match.

Rangers have struggled to find their form as of late, as evidenced by the fact that they have now lost three of their previous five matches. St. Mirren, on the other hand, has been playing exceptionally well as of late, as seen by the fact that they have won four of their most recent five matches and, most notably, have recently been successful in defeating Rangers' local rivals, Celtic. We do not anticipate a strong showing from the Gers because of their recent form, which is drastically different from that of their opponents, and since they just came off of a physically taxing game at Anfield over the week. Despite this, Rangers will be playing on their turf, and after slipping farther behind Liverpool in the middle of the week, they cannot afford to suffer another loss. There is no doubt that the Gers will notch two goals in this contest.