Rennes vs Lens: the Bretons start the Ligue with a victory 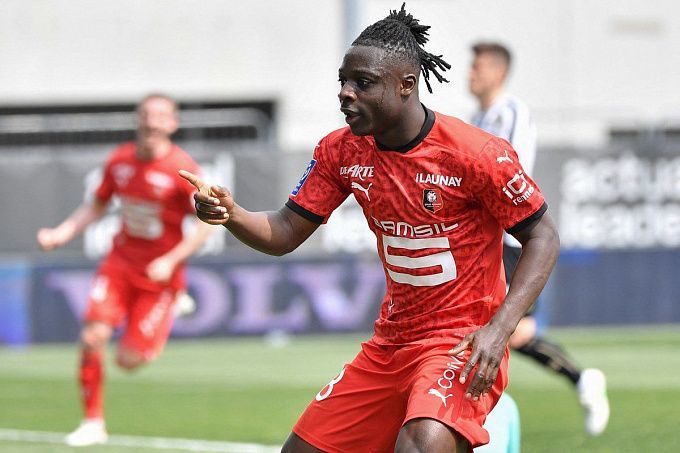 In the last season, Rennes took away Lens" place in the European Cup in the last minute by beating them in the standings. We should take into account that the home team has more victories in the matches between these two. Will Lens be able to take revenge?

Almost every year Rennes is able to enter the European Cup, and last season he even played the in Champions League group. In the last championship of France, The Bretons were in 6th place and fell to the UEFA Europa Conference League. The team has strengthened their lineup, although for various reasons Stephen Nzuzi left, as well as Damien da Silva. Birger Meling and Loïc Badé will strengthen the defense, and Kamaldeen Sulemana gives great hope for the team. The 19-year-old midfielder scored 10 goals last season and assisted 4 times for Nordsjaelland in the Denmark Championship.

Bruno Genesio's men played five friendly matches, in which they scored only one win and suffered two defeats before the start of Ligue 1. Flavien Tait and Benjamin Bourigeaud scored two goals each and were the best players in Rennes during this period. In their friendly matches, the Bretons beat Torino 1-0. From the very first minute, the French club put pressure on the opponents' goal, although the rival also had some good opportunities to score. The only goal on 27 minutes was scored by Martin Terrier.

Lens struggled until the last moment to qualify for the European Cup last season but finished only in seventh place in the championship. Arnaud Kalimuendo left the club in the off-season: he scored 12 points in goal+passes in the last Ligue 1 season. Loïc Badé will now play for Rennes, and part of the €17 million raised from his sale has already gone on transfers. First of all, the team strengthened their defense: Kevin Danso and Kevin Machado are set to make up for the departure of Badeh. Gael Kakuta is another newcomer, and Przemyslaw Frankowski will play in the right flank. Lens would have the optimal lineup if not for the disqualification of Facundo Medina: he will not play in the 1st round.

In 6 preseason-friendly matches, Frank Heise's wards won twice and drew three times. The main hero of the game was forward Simon Banza: he scored a total of 4 goals. Banza also scored in a recent friendly match with Udinese and won 4-1. By the end of the first period, Udinese's defeat was clear, the advantage of Lens was obvious. The coach was experimenting with the lineup and looking for different combinations, so it's hard to say who will be out against Rennes from the opening minutes.

Rennes was gradually gaining form before the start of the season, although the defensive play against Torino was still wary. Lens looked good offensively, and they could well have scored on their away match. In their last meeting Lens could well count on a win; all they had to do was to improve their performance. Another thing is that the guests have to rebuild the defense, and in friendly matches, they conceded a total of 8 goals. Rennes is confident at home and is more likely to succeed now. I suggest betting on the following outcomes: