Romania U19 vs France U19 Prediction: Expect a Total Over 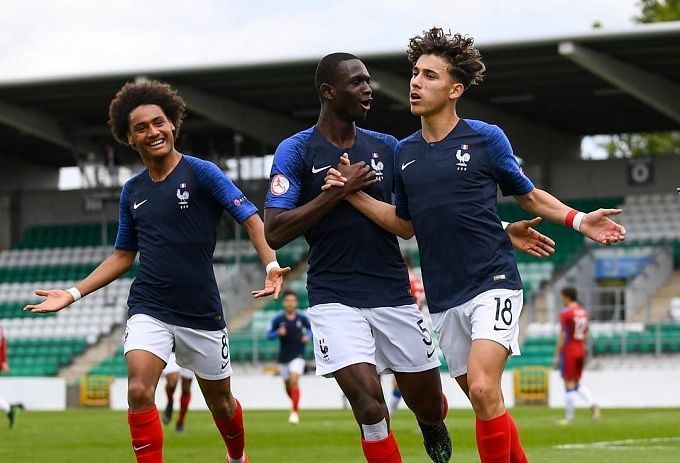 On 21 June 2022, Slovakia's MOL Arena will host the second-round match of the European Youth Football Championship between Romania and France. Check the team conditions and choose several betting options.

The Romania youth team has made tremendous progress this season. The Blues and Yellows have never qualified for the final part of continental competition in this age category before, but now they have reached the Euro U19 finals for the first time in their history. They played their first game at such a high level against Italy (1:2).

The French youth team is among the most prestigious groups in their age category. Curiously, during the entire 18-year history of the continental championships, the Tricolours have managed to miss the final seven times. Still, in the remaining 11 occasions, they have won three titles, won silver medals once, and walked away with bronze on six occasions. This time, the level of ambition of Landry Chauvin's squad is outrageous, which they began to prove from the very first game against Slovakia. Before the break, the French had already scored twice against the tournament hosts (2:0), and in the second half, they finished off the opponent (5:0).

The French national junior team has won the most significant victory at the 2022 continental championships. In the first game, the Three Colours defeated the tournament hosts, Slovakia (5:0). In the upcoming match, they are the clear favorites in the encounter. Besides, their opponents will be a modest Romanian side. As a result, we suggest betting on the French team to win with a handicap (-1.5) for 1.800.

The Romania and France national junior teams have played effectively in their opening games at Euro 2022. Romania lost to Italy 1:2, while the French crushed the Slovaks 5:0. We may also expect goal activity in this competition, as the team made a habit of high-scoring in their last six games, with 25 goals (4.17 on average per game). The French are an even brighter and more attacking team, so they should be even more entertaining in this encounter, and we would expect a total over 3 for 1.94.

If we look at the opening games of the Romania and France teams at Euro 2022, there is one similarity. In these encounters, the second half was more productive than the first. In the case of Romania and Italy, the opponents did not score any goals before half-time, but afterward, they scored three goals. The French allowed only two goals in the first half, but after the break, they were able to add even more pace and scored three more goals. With this in mind, we suggest betting on the second half being more productive than the first half for 3.06.