Content
To top
1.
Ross County - Staggies hoping for a win to get off relegation
2.
Motherwell - the Steelmen could get a surprising away win
3.
Expert Betting Tips
Users' Choice
1848 200 USD 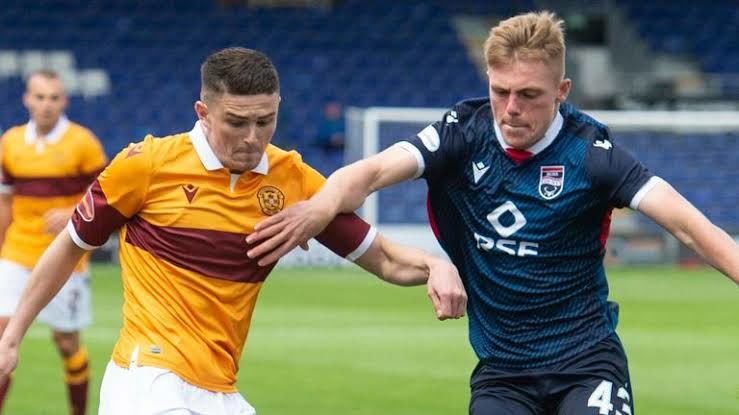 On Tuesday, Ross County will host Motherwell at the Global Energy Stadium, hoping to bounce back from Saturday's 0-2 loss to Hibernian. Motherwell, on the other hand, hopes to reverse its recent losing streak after a heartbreaking 2-1 loss to league-leading Celtic last Saturday.

Ross County - Staggies hoping for a win to get off relegation

After losing to Hibernian by a score of 0-2, Ross County will be hoping for a better showing here in the Premiership. Ross County had 40% possession and nine shots, with two on goal, in that game. Hibernian, on the other hand, had 24 shots, 9 of which were on target. Hibernian's Ryan Porteous scored in the 46th minute, and Martin Boyle scored in the 80th. Recently, Ross County hasn't been able to win games despite having good opportunities to do so. In their last six games, they have scored only three goals against the opposition. In addition to scoring 11, Ross County has conceded 11 goals during those games. But only time will tell if this streak can continue in this game. Ross County enters this match having failed to win in their last two home league games. George Harmon, who was injured against Hibernian, and Connor Randall, who was hurt against St. Mirren, will not be able to play for Ross County.

Motherwell - the Steelmen could get a surprising away win

The last time Motherwell played in the Premiership, they lost to Celtic, so they'll be looking to make amends here. Motherwell only held 30% of the ball and had seven shots in that game, but they got two on goal. Celtic, on the other hand, had 16 shots, 6 of which were on target. Celtic's goals came from Kyoto Furuhashi (16'), an own goal by Josip Juranovi (36'), and Reo Hatate (64'). A total of seven shots on goal by Steven Hammell's Motherwell in their previous six games have resulted in goals. There have been seven goals allowed by them in those same matchups. Motherwell enters this match without a win in their two league games away from home. Neither Irishman Jake Carroll nor Nathan McGinley, who are still nursing injuries, will be able to participate in this trip.

Looking at their head-to-head matchups since 27 January 2021, the scores have been even. Ross County has won three, Motherwell has won three, and the remaining matchups have ended in draws. There were 15 goals scored in those matchups, eight by The Staggies and seven by The Steelmen.