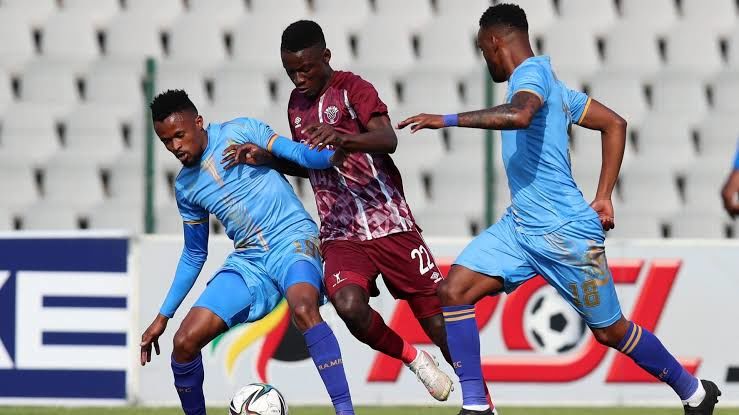 The race for the top four intensifies as Royal AM lock horns with Marumo Gallants in round 25 at the Chatsworth Stadium. The host will be very careful not to lose point here to keep the pressure on the table topper Mamelodi Sundowns.

The host have improved a lot compared to last season, they have managed to win eleven matches, draw seven and lost five in the last twenty-three matches. Royal AM finished just above their opponent last season at 11th place but have improved immensely this season at 2nd position.

They toppled TS Galaxy in a (1-4) thriller away from home , goals from V. Letsoalo, Mabena and M.Thikazi ensured the visitors went with all the points.

Royal AM have only lost one game in the last eleven matches they have played at home, won eight and drawn two.

The visitors are in fine form with just a loss in the last five matches, ten points from a possible fifteen have seen them move to 11th on the table.

They were beaten by Cape Town City FC on matchday 22, despite having the larger share of the possession they still went ahead to lose it with a slim (0-1) at home.

Away from home this season, they have won four, drawn two and lost six matches in the last twelve matches.

Within the last three matches of playing together in this tournament, both teams have shared a win and a game has ended in a stalemate.

If the home team wins this match ,they will reduce Mamelodi Sundowns lead at the top to eight points, we believe they are well equipped to see off the visitors, bet on home win for 1.89.

It's not going to be easy for the home team considering the visitor's form but one thing is for sure, the home team won't lose at home to an average Marumo Side, bet on home win & over 1.5 for 2.15.