Russia vs Slovakia: The Russians will not let the Slovaks leave Kazan with any points 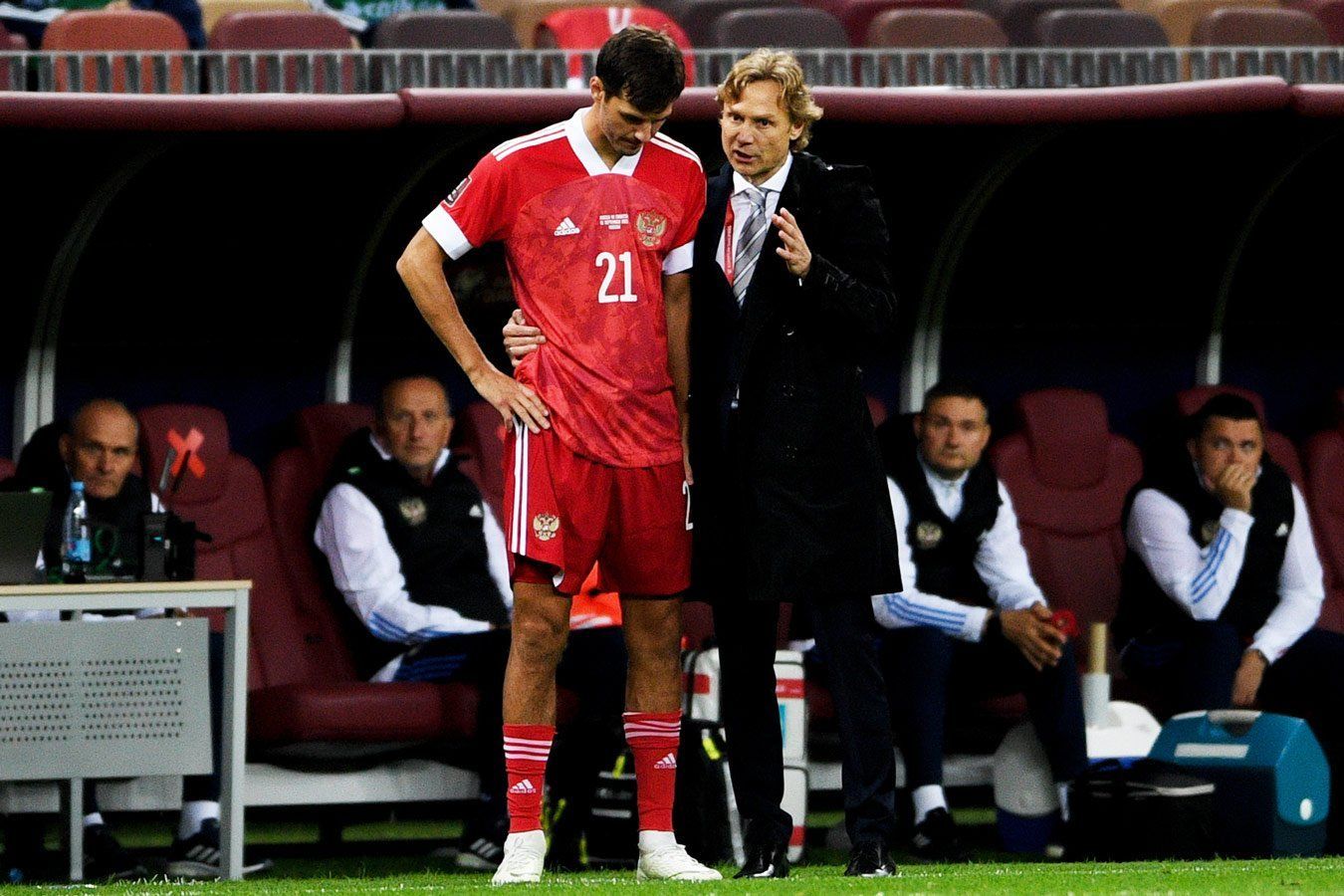 The Russian national team suffered their only defeat so far in the qualification for the FIFA World Cup 2022 against Slovakia, 1:2. Will Valeri Karpin’s men be able to take revenge? We predict that the Russians will win this time!

The Russian national team continues to fight desperately to qualify for the 2022 World Cup. Before the qualifying tournament, it seemed that it would be challenging, almost impossible, to compete with Croatia for first place in the group. However, the second half of the qualifying is already underway, and the Russians are still in the game. Yes, that has not prevented the national team from changing their head coach, Valeri Karpin, but the blame for the failure at Euro 2020 where Stanislav Cherchesov failed to make it out of the group. Under the guidance of the new specialist, the Russian national team has already played three games. First, they drew with the Croatians 0-0 and then beat Cyprus and Malta by the same score of 2-0. This allows them to share the top spot in Group H with the Croatians, with 13 points each.

The Slovakian national team is experiencing far from the best of times in their history, undergoing a generational change. They have a few bright players, Milan Skriniar and Marek Hamšík, but otherwise, they cannot boast sound names. That is why they failed to qualify from the group for UEFA EURO 2020 and why their qualification for the 2022 World Cup is very mediocre. It all started for the Falcons with draws against Cyprus and Malta before they unexpectedly beat Russia 2-1. It looked like this success would cheer up Stefan Tarkovic’s team, but they drew 1-1 with Slovenia and then lost 0-1 to Croatia. The Slovaks beat Cyprus 2-0 to move up to third place in Group H.

The Slovak national team is a very uncomfortable opponent for the Russian team. They have been very uncomfortable with this recently, especially after beating the Russians at UEFA EURO 2016 and then in their World Cup in 2020. Thankfully, the Slovaks are not in the best of form now, with only a win in the upcoming clash from a tournament perspective to interfere in the battle for second place. This is a big chance for Valeri Karpin’s charges, as the mentor is excellent at playing on the counterattack, while the visitors will have to open up to get the cherished three points. As a result, a bet on the victory of the Russian national team with odds of about 1.91 is inevitable.

The Slovak national team has beaten the Russians in their last two head-to-head encounters with the same score of 2-1. Now, the likelihood of a top score is noticeably lower, but it’s not so obvious even now. Both teams need just victory in the upcoming match, so there won’t be a second when the score will suit both the Russians and the Slovaks. That’s why at any point in the game, someone will need to go on the attack with more strength, even if it comes at the expense of defensive build-ups. On this basis, the best option for the prediction seems to be Total Over 2.5 goals for 2.18.

The Russian national team approaches the October matches with huge problems with the squad, especially in the attacking group. Artem Dzyuba refused to come to the national team. Fyodor Smolov stopped scoring for Lokomotiv after his last call-up. Alexander Golovin is again injured. Alexey Miranchuk does not appear at Atalanta even as a substitute, and the Tyukavin-Zakharyan combination has noticeably slowed down compared to the start of the season. In such cases, Alexander Erokhin has got used to saving the situation as he started scoring for Zenit in stacks while the leaders were gaining shape, and it was he who scored the first goal for the national team under Karpin. You can bet on Alexander Erokhin’s goal for 3.60.