São Paulo vs Palmeiras: Paulista Tricolour not to Lose in the Under Match 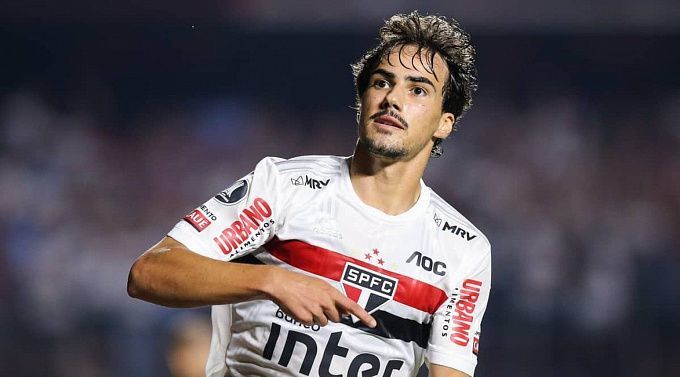 In the Campeonato Paulista final, two of the strongest teams in the region São Paulo and Palmeiras will meet. The first match will take place at Morumbi Stadium, São Paulo's home ground. Despite this, bookmakers are in no rush to make the Tricolour the favorites. The line for the upcoming meeting is almost equal.

São Paulo has a winning streak of five consecutive matches. On March 11, the Tricolor lost 0:1 to Palmeiras in the group stage of the state championship and since then São Paulo has beaten Mirassol, Manaus, Botafogo, San Bernardo and Corinthians in the semifinals of the playoffs. In the offseason, Sao Paulo sold players for more than they bought. Among the significant losses: Helinho, Liziero, Jean, Jonas Toro. They are the sold or loaned players, and Dani Alves decided to end his career. These acquisitions are worth highlighting: Jonathan Calleri, Maldonado's forward who has already scored several goals, Internacional's central midfielder Patrick, Atletico Paranaense's attacking midfielder Nikão, Gremio's left winger Alisson and Cortulua's loanee Andres Colorado.

Palmeiras' unbeaten streak dates back to the Club World Cup final. Formally, Palmeiras lost to Chelsea, although that match ended in a 2:1 extra time victory for the Blues. Since then, Palmeiras has played 12 matches, winnig nine and drawing three times. In their group, the Greens secured a solid first place, 11 points ahead of Ituano. In the playoffs, Palmeiras beat Ituano 2:0 and Bragantino 2:1. The match against the Bulls was specific. All three goals were scored in the first half, and Palmeiras devoted the second half of the game to keeping that result.

So, right now, Palmeiras' lineup is the most expensive team in South America. The approximate value of the Greens squad is 164 million euros. The teamis still under 43-year-old Portuguese Abel Ferreira. In the offseason, Verdao sold for more than it bought, a surplus of 17.4 million euros. Patrick de Paula left to Botafogo for 6 million, Matias Vinha to Roma for 13.6 million, Miguel Borja to Gremio for 1 million, Carlos Eduardo left on loan to Bragantino. The following joined the team: midfielder Eduardo Atuesta from FC Los Angeles for 3.2 million, Navarro from Botafogo and Jorge from Monaco came as free agents, left-back Piqueiraz from Peñarol arrived for 3.2 million and Murillo Sequeira from Lokomotiv Moscow was bought for 2.2 million.

In the last 10 games between Sao Paulo and Palmeiras, a TO (3.5) bet has never worked out. Moreover, only once the opponents managed to score more than two goals against each other, the very under pair. At the same time, Palmeiras rarely beats the Tricolour at Morumbi.

Palmeiras in the last five years is a top club in Brazil, and South America. We can't say the same about Sao Paulo, although the squad of the Tricolor can fight for high places in Serie A and Cup of Libertadores. Obviously, Palmeiras has more experience in the playoffs than São Paulo. If the Tricolor players seriously want to get the trophy, the hosts need to win the first match of the confrontation at Morumbi.