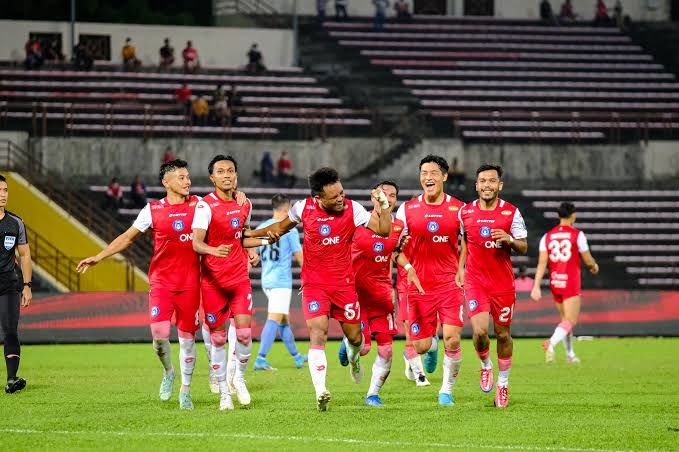 Sabah FA, who just earned a well-deserved victory in their previous match, will take on Sarawak United on the 15th matchday of the Malaysian Super League. Will they be able to extend their unbeaten record to four games, or will it come to an abrupt end?

With only four points separating them from Johor Darul Ta'zim in first place, it is a matter of maintaining their position until they ultimately reach their desired goal as they slowly bid their time.

Despite being knocked out of the Malaysian FA Cup, they have been in quite excellent form in the Malaysian Super League, sitting in second place with 31 points after 14 games and being well out of reach of the teams contending for their spot.

Almost thoroughly outplayed by Melaka United at home, they were down by a goal at halftime despite having had the majority of their chances to find an equaliser completely fended off. The visitors had scored in the opening 24 minutes.

In the second half, nothing changed until Mohd Amri Yahyah scored in the 65th minute to recover a point. However, he then added a second goal in the dying minutes of the game to spoil Melaka United's perfect day with a 2-1 triumph.

This has resulted in them winning three straight games—two at home and one away—and oddly enough, all three of those games have ended in 2-1 victories.

The visitors may find it difficult to contain Sabah FA because the hosts, at the moment, are removing any potential threat to their bid for first place. It may seem impossible to keep them at bay for the full 90 minutes.

After going two games without a victory, they were able to redeem themselves by defeating Penang FC 3-2 to win the game and salvage three points. This allowed them to reclaim their winning ways and turn the page on their recent poor run.

When they last faced Sabah FA, it wasn't all happy celebrations as they lost 1-0 at home. Perhaps this time, they can turn things around by repaying the favor with a victory away from home.

In the previous 7 matches, Sarawak United prevailed twice, Sabah FA triumphed four times, and one match ended in a draw.

Sabah FA are now in a strong position; however, if they lose against Sarawak United, there may be a three-point difference between them and third-place Negeri Sembilan if the latter win their game against Penang FC, and a further significant point deficit between them and first-place Johor Darul Ta'zim.

Which leads me to the conclusion that Sabah FA won't falter this time around. Their most recent matchup against Sarawak United ended in a win for them since they were the clinical team in all areas, and a win is unavoidable for them at home when they face off again.

Sabah FA to win with an Asian Handicap is my initial pick for this game since I believe the home team to be superior to the visitors by a big margin.